Infobox Single
Name = And I 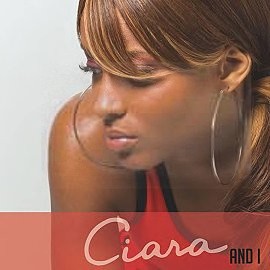 "And I" is a pop song written by American R&B singer , and produced by Adonis Shropshire for Ciara's debut album "Goodies" (2004). It was released as the album's fourth and final single in August 2005 (see ) in the .

The for "And I", directed by the Fat Cats, is loosely based on the 1992 film "". It takes place in a forest and on the set of a music video, and plays Ciara's boyfriend. Ciara's boyfriend is flirting amongst other women while Ciara is filming her music video. When Ciara's bodyguard takes her to visit her boyfriend in her trailer, he opens the door and sees Ciara's boyfriend kissing another woman. Ciara's bodyguard tells her to not go inside. When she realizes he has been cheating on her, Ciara sits on a log under lights that have been rigged to fall on her. (Earlier in the video, a man had been acting strangely whilst Ciara was signing autographs.) Her bodyguard saves her just before the lights fall and Ciara holds him in her arms.

At the time of the U.S. release of "And I", Ciara's collaboration with , "", and her collaboration with , "Lose Control, were at the height of their popularity. "And I" peaked at ninety-six on the U.S. and twenty-seven on Billboard's chart, which were relatively poor positions compared to those attained by first three singles from "Goodies". The single failed to chart on the Billboard , , and . It was not released outside North America because of this, and as of 2008 it is Ciara's most unsuccessful single.

*Promotional CD
#"And I" (Album version)
#"And I" (Instrumental)