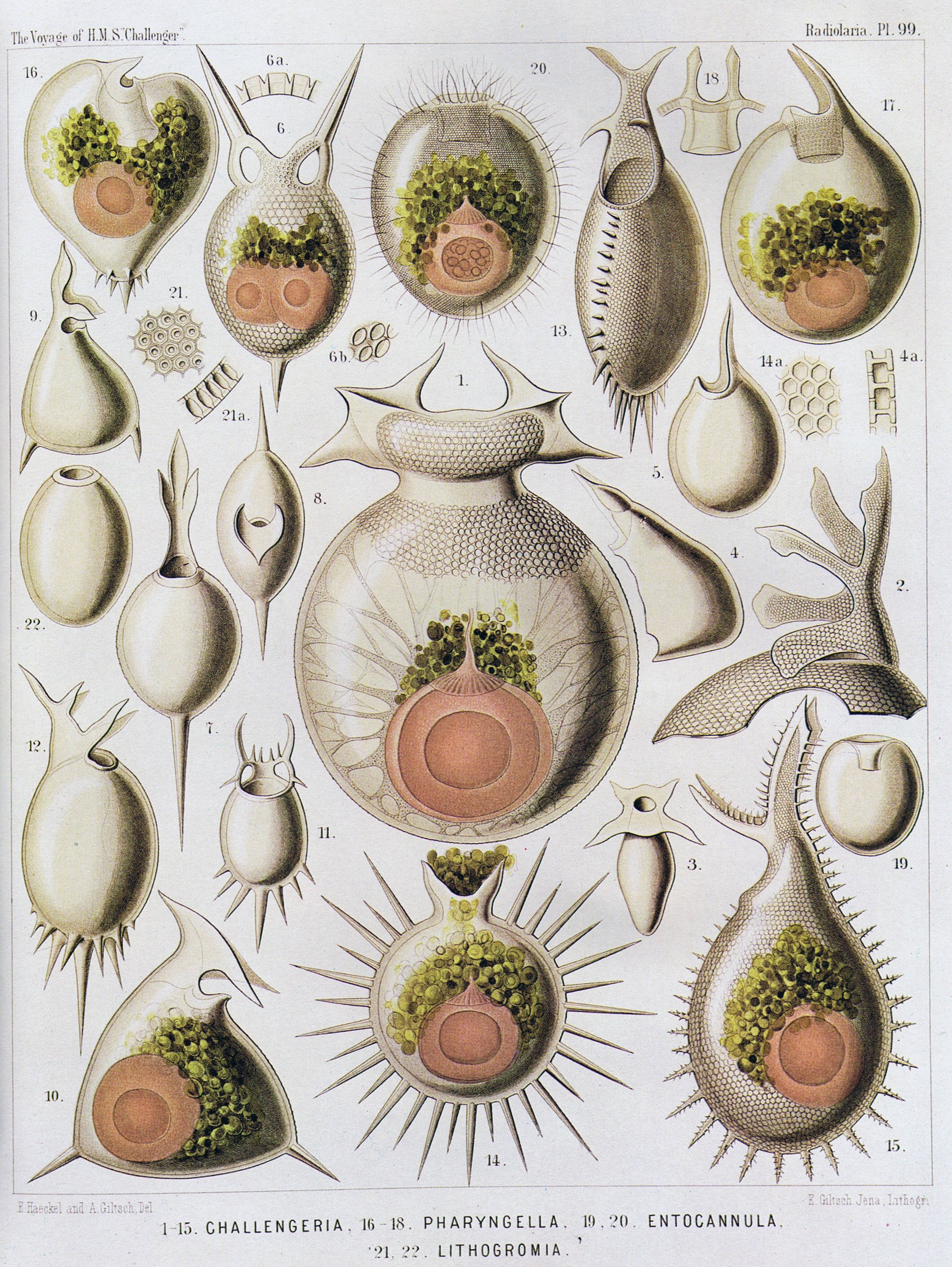 Radiolarians (also radiolaria) are that produce intricate s, typically with a central capsule dividing the cell into inner and outer portions, called and . They are found as throughout the ocean, and because of their rapid turn-over of species, their tests are important diagnostic fossils found from the onwards. Some common radiolarian fossils include "", "" and "".

Radiolarians have many needle-like ia supported by bundles of s, called s, which aid in the Radiolarian's buoyancy. The nuclei and most other s are in the endoplasm, while the ectoplasm is filled with frothy s and droplets, keeping them buoyant. Often it also contains symbiotic algae, especially e, which provide most of the cell's energy. Some of this organization is found among the , but those lack central capsules and only produce simple scales and spines.

Traditionally the radiolarians have also included the , which produce siliceous skeletons but differ from the polycystines in several other respects. However, on s they branch with the , a group including various and s.
The other radiolarians appear near, but outside, the Cercozoa, so the similarity is due to . The radiolarians and Cercozoa are included within a supergroup called the .

Some radiolarians are known for their resemblance to , such as with the icosohedron-shaped "Circogonia icosahedra" pictured to the left.

The earliest known radiolaria date to the very start of the period, appearing in the same beds as the first - they may even be terminal precambrian in age. They differ little from later radiolaria. [the Rise and Fall of the Ediacaran Biota|Braun, Chen, Waloszek & Maas|First Early Cambrian Radiolaria|143|149|10]