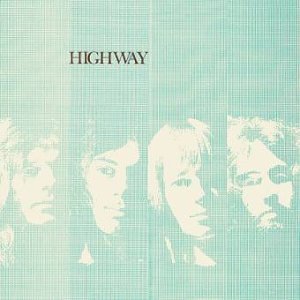 
"Highway" is the fourth studio album by English rock band Free. It was recorded extremely quickly in September 1970 following the band's success at the Isle of Wight Festival but with an attitude of relaxation, having achieved worldwide success with their previous album "Fire and Water" and the single "". It is a low-key and introspective album compared with its predecessors.

From a writing point of view "Highway" continued in the same vein as previous albums, with Paul Rodgers and Andy Fraser collaborating on seven of the nine songs. For the most part it was the easiest of their albums to record as they had achieved their desire to have a hit single and returned to the studio with renewed confidence. Paul Kossoff however found sudden fame more difficult to deal with, and remembered the aftermath of 'All Right Now' as being "a great increase in pressure from every angle" (quoted in Phil Sutcliffe's liner notes). He preferred the more serious, weighty songs on the album such as "Be My Friend", which he saw as an antidote to the "frivolity" of "All Right Now".

It was their last album to be recorded in a position of success and security, as its failure contributed to the emotionally-insecure Kossoff's growing and the band's temporary split, from which it never truly recovered. Some, including Simon Kirke, also cite the death of Kossoff's idol (which occurred during the sessions for this album), as an important factor in his eventual breakdown.

Much to the band's disappointment, the album only reached #41 in the UK album charts (the previous album "Fire and Water" had reached #2) and reached only #190 in America, not generally enough to register on chart listings. The single release "The Stealer" failed in the UK also, and reached only #49 in America. (Paul Rodgers and Simon Kirke would later re-record "The Stealer" with in 1975 during the sessions for , but the track was not included on the album.)

The album received a lukewarm critical reaction. The single release "The Stealer" had not been boss 's first choice: he had wanted to release "Ride on a Pony" but this was changed at the band's insistence. Some, such as engineer , blamed the album cover which was aesthetically flat compared to previous releases and did not display the band's name. It was believed that some fans who otherwise would have bought the album failed to notice it because of this.

The fallout was immediate. Relations between Fraser and Rodgers deteriorated, putting more pressure on Kossoff who slid ever further into addiction. This left only Kirke to try and keep the band together. They returned to the studio in early 1971 and managed to record four tracks before they eventually split, after fulfilling contracted tour dates. These 'limbo' tracks included the surprise hit single "My Brother Jake"; the other three have surfaced on various other albums over the years.

(All tracks written by Fraser/Rodgers unless otherwise stated)