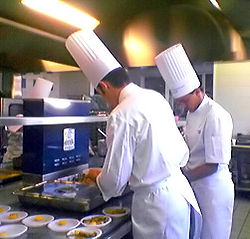 Culinary art is the art of preparing and cooking foods. The word "culinary" is defined as something related to, or connected with, cooking. A culinarion is a person working in the culinary arts. A culinarian working in restaurants is commonly known as a cook or a chef. Culinary artists are responsible for skilfully preparing meals that are as pleasing to the palate as to the eye. Increasingly they are required to have a knowledge of the science of food and an understanding of diet and nutrition. They work primarily in restaurants, delicatessens, hospitals and other institutions. Kitchen conditions vary depending on the type of business, restaurant, nursing home, etc.

Below is a list of the wide variety of culinary arts occupations.

The occupation outlook for chefs, restaurant managers, dietitians, and nutritionists is fairly good, with "as fast as the average" growth.[1] Increasingly a college education with formal qualifications is required for success in this field. The culinary industry continues to be male-dominated, with the latest statistics showing only 19% of all 'chefs and head cooks' being female.[2]

Culinary colleges around the world 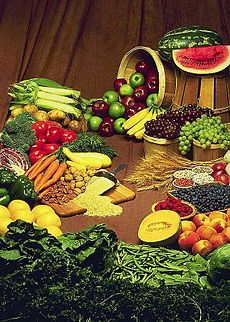