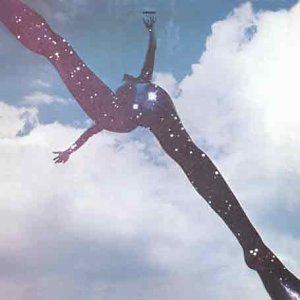 
"Free" is the second of English rock group Free, recorded and released in 1969. The band had spent time touring after their debut album "" the previous year, and there is a marked difference in the musicianship of the band as well as 's voice. Individual members of the band seem less inclined to show off their musicianship - there are few of 's extended s that could be heard on some of the previous album's tracks such as "." Whereas "Tons of Sobs" had been produced by , "Free" was produced by the head of himself, .

This album saw the burgeoning of the songwriting partnership between Paul Rodgers and Andy Fraser, which had been glimpsed on "Tons of Sobs" with songs such as "I'm A Mover"; here, eight out of the nine tracks bear a Fraser/Rodgers credit. Possibly as a result of the sixteen year-old Fraser's influence as a songwriter the is far more prominent here than on the previous album, and indeed is used more widely than most other bands' albums do. The instrument is used as a , driving the songs, while Kossoff's lead guitar develops from it.

While Fraser and Rodgers made a strong writing partnership, tensions in the band increased as some felt that Fraser held the band in a stranglehold. Kossoff, whose natural spontaneity had been given free rein up to then, particularly resented being taught very specific rhythm guitar parts by Fraser. However, Blackwell managed to keep the band in line to record the album.

However, the album performed fairly poorly on release, only reaching number 22 in the UK charts and failing completely in America. The single releases, "Broad Daylight" and "I'll Be Creepin'", also failed. (Two songs from the album, "I'll Be Creepin'" and "Woman", would later be covered by the American rock band .) It would not be until the release of "" the following year that the band became truly successful.

The album is notable for having extremely innovative and impressive artwork from of , which is featured in the book "100 Best Album Covers" alongside better known examples such as Peter Blake's cover for the ' "" and 's artwork for 's "". The book was part compiled by who had himself designed many famous album covers such as 's "".

Rafaelli made the cover by ing his model with to make a of her against a background, which he could then overlay the design on. Hence, the album has a striking design of a woman made of stars leaping across the sky. The band's name is printed in extremely small letters at the top of the cover; with being much smaller than LPs, this is almost unreadable.

(All tracks written by Fraser/Rodgers unless otherwise noted)