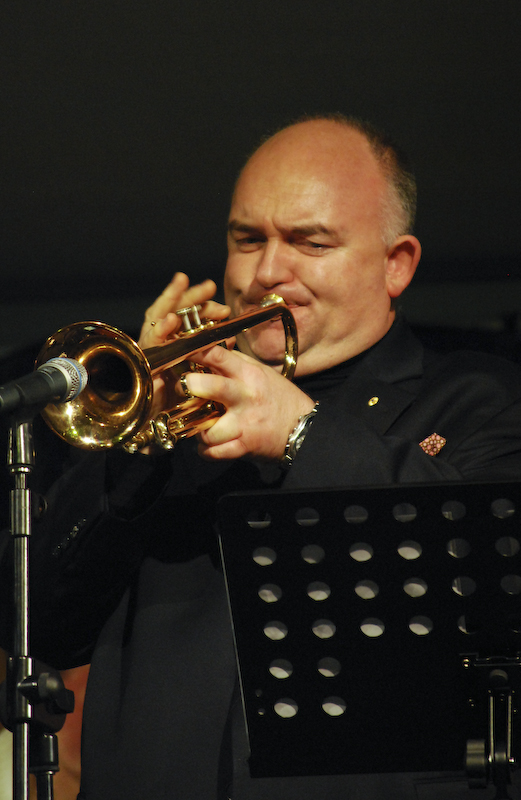 James Morrison AM (born in ) is an n who plays numerous instruments, but is best known for his playing. He is a multi-instrumentalist, having performed on the , , , , , and . He is also a composer, writing jazz charts for ensembles of various sizes and proficiency levels. He performed the opening fanfare at the Sydney 2000 Olympic Games, and is usually regarded as one of Australia's finest jazz musicians.

Association with other musicians

In 2005, he was the guest soloist at the 150th anniversary concert of the and in 2007, he again appeared as guest soloist at concerts with the band in Manchester and London. In 2003 he founded the band "On The Edge" together with the German keyboarder and composer (CD released on Morrison records).

James comes from a musical family, and his brother John Morrison, is a highly regarded jazz drummer. In 1983 they formed a 13-piece big band, the Morrison Brothers Big Bad Band. John and James have also worked together on many other projects and recordings. His father was a church minister. [James Morrison interview - Bob Rogers Show, Radio , 09:29 15 March 2007.]

The discovery and development of young talented musicians has always been important to James. He found his regular vocalist, , at a school concert, aged 16, and she has since gone on to become an internationally renowned jazz singer. James sponsors yearly scholarships for young musicians, and is actively involved with several youth bands.

His latest instrument creation project was to work with a designer called Steve Marshall to produce the "Morrison Digital Trumpet", a wind controller that looks and acts like a futuristic version of a regular trumpet. This allows a trumpeter to play electronic sounds in much the same way as a pianist can play an electronic .

James famously played the wrong Spanish National Anthem at the Final in Australia in 2003. Instead of playing the modern version, James performed the Himno de Riego anthem not heard since the Second Republic era, causing the enraged Spanish Secretary of State for Sport to walk out in anger. Morrison later admitted he had learned the tune from a file called "Spanish National Anthem" which he downloaded from a peer to peer network without checking its veracity. He managed to salvage the situation by quickly finding the correct one, placating the Spanish and allowing the match to proceed.

James Morrison guested on Spicks and Specks, performed on his trumpet and was disappointed at the reaction. Fellow guest suggested he play the instrument with his backside for extra effect. This sequence was not broadcast.

Morrison duetted with soap star on the 500th episode anniversary show of in 1989. He played the while McLachlan played the .

For a number of years, James has been the presenter of the in-flight jazz radio station for Qantas Airways.