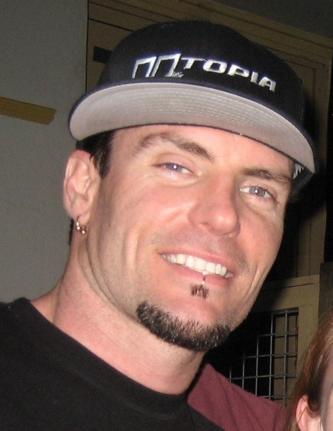 Van Winkle attended R. L. Turner High School in Carrollton, a suburb of Dallas. He became interested in . Practicing on cardboard in his early teen years, he earned the nickname "Vanilla Ice".

In 1989, Van Winkle was represented by Jay King of Dallas as part of the rap group Vanilla Ice, Chante, Ambiance, LaRue and New Choice. [Barton, David. (February 12, 1989) "Breaking through is hard to do: Man behind music tries to regain his platinum touch." Encore section, page 16.] Van Winkle's first foray into the music industry was the little-known album "Hooked", released in 1989 on Atlanta-based independent label Ichiban Records. Selling 38,000 copies in three years, the album is considered a collector's item among fans due to its limited production.

His debut single from the record, "Play that Funky Music," failed to catch on with listeners, and both Van Winkle and the album remained in obscurity until a Georgia DJ decided to flip the twelve-inch single and play the , which was "," a track about Van Winkle's rhyming skills, the Miami street scene, and a gunfight on A1A/Beachfront Avenue. The overnight success of the single was enough for to sign Van Winkle and buy the rights to "Hooked" for $300,000.