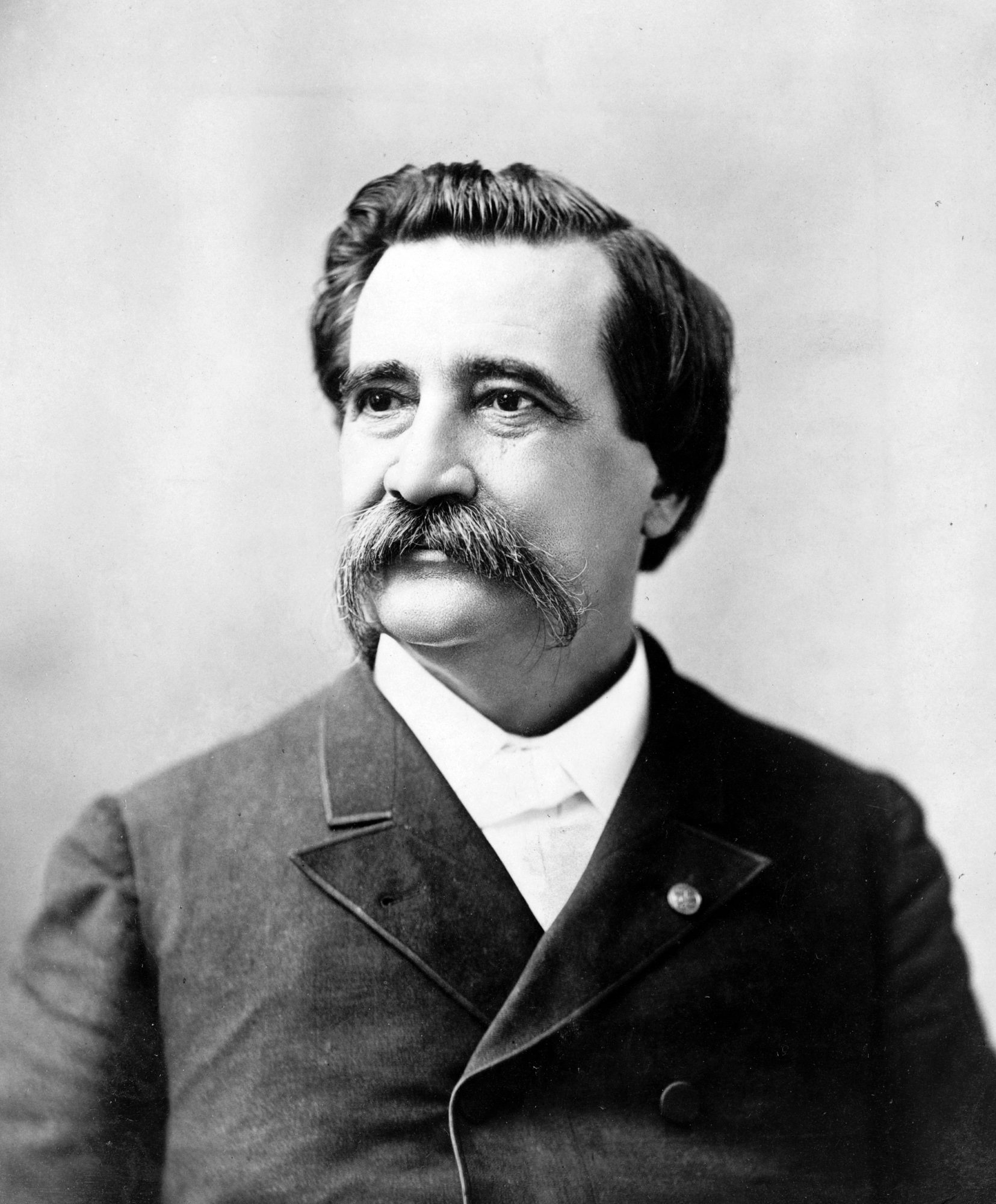 dead=dead
date of death=death date and age|1886|12|26|1826|2|8|mf=y
place of death=:"For other persons with similar names, see ."John Alexander Logan (, &ndash; , ) was an American soldier and political leader. He served in the and was a General in the in the . He served the state of as a Senator and was an unsuccessful candidate for .

John A. Logan was born in what is now Murphysboro, . He had no schooling until age 14; he then studied for three years at , served in the as a second lieutenant in the 1st Illinois Infantry, studied in the office of an uncle, graduated from the Law Department of the in 1851, and practiced law with success.

Logan fought at Bull Run as an unattached volunteer to a regiment, and then returned to Washington, resigned his congressional seat, and entered the Union army as of the 31st Illinois Volunteers, which he organized. He was known by his soldiers with the nickname "Black Jack" because of his black eyes and hair and swarthy complexion, and was regarded as one of the most able officers to enter the army from civilian life. He served in the army of in the Western Theater and was present at the , where his horse was killed, and at Fort Donelson, where he was wounded. Soon after the victory at Donelson, he was promoted to brigadier general, as of , . Major served as his chief of staff. During the Siege of Corinth, Logan commanded first a and then the 1st Division of the . In the spring of 1863, he was promoted to major general to rank from , .

In Grant's , Logan commanded the 3rd Division of 's XVII Corps, which was the first to enter the city of Vicksburg in 1863, and after its capture, Logan served as its military governor. He received the for the Vicksburg campaign. [Some biographies of Logan mention the , in some cases for Vicksburg, others for Meritorious Service. The official Army listing of Civil War recipients does not include John A. Logan. However, John A. Logan does appear in the list of medal recipients for the . This officer, born in , in 1865, was Logan's son.] In November 1863 he succeeded in command of the XV Corps; and after the death of McPherson he commanded the at the (, ) until relieved by . He returned to Illinois for the 1864 elections but rejoined the army afterwards and commanded his XV corps in the .

In December 1864, Grant became impatient with George H. Thomas's performance at Nashville and sent Logan to relieve him. Logan was stopped in Louisville when news came that Thomas had completely smashed 's Confederate army in the .

Logan was always a violent partisan, and was identified with the radical wing of the Republican Party. His forceful, passionate speaking, popular on the platform, was less effective in the halls of legislation. In 1868, he was one of the managers in the of President . His war record and his great personal following, especially in the , contributed to his nomination for Vice President in 1884 on the ticket with James G. Blaine, but they were not elected. For this campaign, he commissioned the painting of the , which emphasized his heroism in the . He was active in veterans' affairs and helped lead the call for creation of as a national public holiday.

One of Logan's leading issues in the Senate was his efforts to stop any action taken to overturn the conviction in the court-martial of Maj. Gen.

Logan was the author of "The Great Conspiracy: Its Origin and History" (1886), a partisan account of the Civil War, and of "The Volunteer Soldier of America" (1887). The state of Illinois commissioned an of the general that now stands in Chicago's Grant Park. Another equestrian statue stands in Logan Circle in and the circle gives its name to the surrounding neighborhood. Logan Square and Logan Boulevard in Chicago are named after him, as well as Logan Avenue and the neighborhood of Logan Heights (AKA Barrio Logan), in San Diego, and the community of . [ [http://logan-twp.org/about.htm About Logan] . . Accessed , . "The town's name comes from Alexander "Black Jack" Logan, an American General and founder of Memorial Day."] His hometown, , is home to the as well as the General John A. Logan elementary school, and in nearby there is the , a . an base and from 1892 to the early 70's was also named for him.

Logan was at one time honored with the naming of a street in . Community activists persuaded the city council to co-rename the street as Martin Luther King Blvd in 1991. Logan's name was dropped completely a few years later.