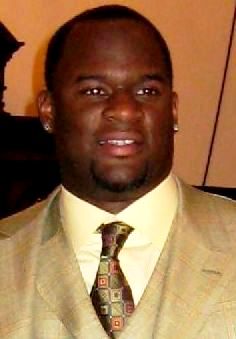 As a junior in college, Young finished second behind in the voting for the , but did win the prestigous which is given annually to the best collegiate quarterback in the nation. Following the Heisman voting, Young led his team to a BCS National Championship against the defending BCS national champion, , in the . The game was called one of the most-anticipated games in the history of college football. In , named Young as the 10th best college football player of all time. [cite news|url=http://www.usatoday.com/sports/college/columnist/weekendforecast/2005-11-30-column_x.htm | title=Title clashes add holiday-related stress for many | publisher=USA Today | author=Smith, Erick | date= | accessdate=2006-12-15] Texas retired Young's jersey on .

Following the season, Young decided to forgo his last year of NCAA college eligibility and become a professional player by entering the , becoming the 3rd overall pick. In his rookie season, Young was named the NFL Offensive Rookie of the Year and earned a roster spot on the AFC team.

Young grew up in a tough neighborhood in Houston, where he was primarily raised by his mother and his grandmother. His father, Vincent Young Sr., missed much of Vince's college career due to a 2003 conviction and prison sentence.

Young was coached by Ray Seals at Madison High School in Houston, Texas where he started at quarterback (QB) for three years and compiled 12,987 yards of total offense during his career.

Among the honors Young received in high school were:
*being named "Parade"s and "Student Sports" National Player of the Year after compiling 3,819 yards and 59 (TD) as a senior,

He was also a varsity athlete in numerous other sports. In he played as a guard/forward and averaged more than 25 points per game over his career. This allowed him to be a four-year and two-time all-district performer. In he was a three-year letterman and member of two district champion 400-meter relay squads. In he played for two seasons, spending time as both an outfielder and pitcher. He also made the all-state team in football and in track.

Young chose to sign with Texas in 2002 for its winning tradition and football prominence there. [cite news|url=http://www.statesman.com/blogs/content/shared-gen/blogs/austin/sanders/entries/2006/11/03/deion_sanders_has_15_questions.html|title=Deion Sanders has 15 questions for Vince Young|publisher="Austin American Statesman"|accessdate=2008-03-11|date=2006-11-03|author=Sanders, Deion] He was part of a Texas recruiting class, which contained future NFL players , , , , , David Thomas, , and . [cite news | url=http://footballrecruiting.rivals.com/commitlist.asp?Year=2002&School=81&Sport=1 | title=Texas 2002 Football Commitments | publisher=Rivals.com | accessdate=2008-01-31] This class has been cited as one of the strongest college recruiting classes ever. [cite news | url=http://www.encyclopedia.com/doc/1G1-83040183.html | title=Ruling class: master recruiter Mack Brown helps Texas consistently bring in top talent, but the Longhorns' 2002 group--led by highly lauded quarterback Vincent Young--might be one of the best recruiting classes ever | publisher= The Sporting News | accessdate=2008-01-31] Young redshirted his year; this allowed him to learn the playbook and develop his skills before being asked to play in a game situation.

As a redshirt freshman during the 2003 season, Young was initially 2nd on the behind . However, Mock was benched halfway through the season (in the game against Oklahoma) in favor of Young. After that game, Young and Mock alternated playing time, with Young's running ability complementing Mock's drop-back passing.

As a redshirt in the 2004 season, Young started every game and led the Longhorns to an 11-1 season record (losing only to rival Oklahoma), a top 5 final ranking, and the school's first-ever appearance and victory in the Rose Bowl, in which they defeated the . He began to earn his reputation as a dual-threat quarterback by passing for 1,849 and rushing for 1,189 yards. The Texas coaches helped facilitate this performance by changing the team offensive scheme from the more traditional to a with 3 . This change gave the offense more options in terms of play selection, and consequently made it more difficult to defend against.

Before his junior season, Young appeared on the cover of alongside Texas A&M quarterback .

In his All-America 2005 season, Young led the Longhorns to an 11-0 regular season record. The Longhorns held a #2 ranking in the preseason, and held that ranking through the season except for one week when they were ranked #1 in the .