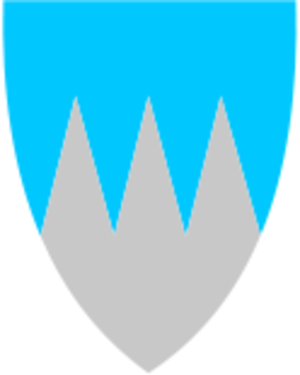 Rauma is a municipality in the county of , .

The old municipalities of Eid, , Hen and Voll, and the southern part of , were merged together to create the new municipality Rauma January 1, 1964.

The municipality is named after the river Rauma, which flows through the valley en.

The coat-of-arms is from 1983. The three points represent the two and a half mountains of , and , all located in the municipality.

Rauma is frequently visited by tourists, especially due to the major sights in Romsdalen, and the road to .