: "For the performer and DJ, see ."Infobox musical artist 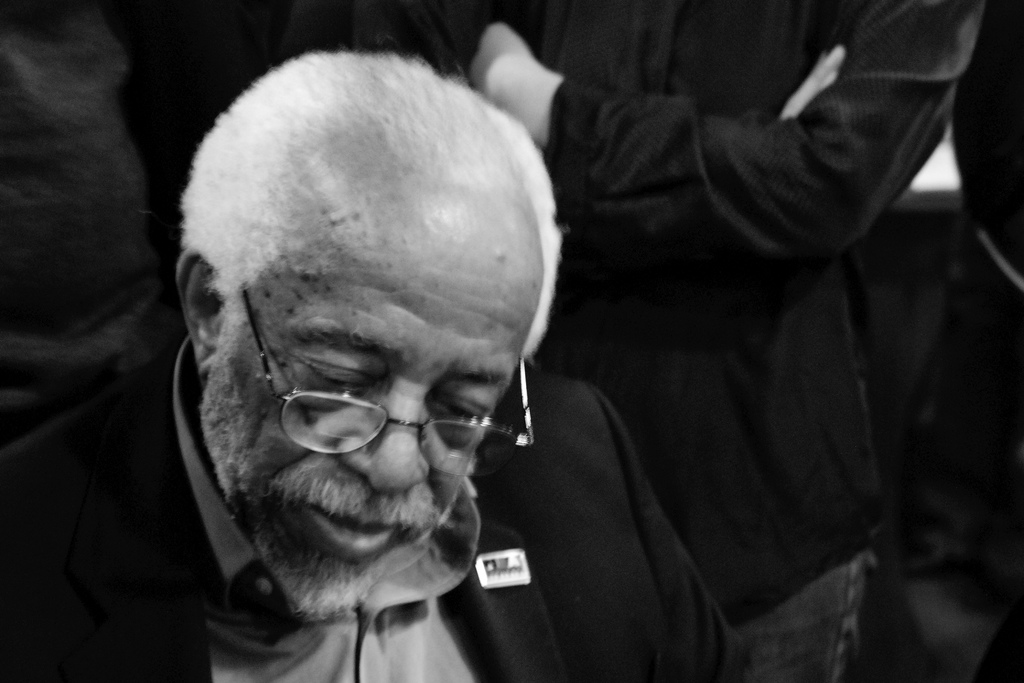 Born in , Michigan, on December 15, 1929, Barry Harris was influenced by , , , , and . Harris left Detroit for in 1960. Even on a superficial hearing, Harris's playing is noted for its uncanny similarity to Bud Powell, much in the way that had a similarity to Charlie Parker.

Harris appears in the 1989 documentary film "Thelonious Monk: Straight, No Chaser" (produced by ), performing duets with . During the 1970s Harris lived with Monk and his family at the home of the jazz patroness Baroness Pannonica de Koenigswarter, and so was in an excellent position to comment on the last years of his fellow pianist. [Watrous, Peter. [http://query.nytimes.com/gst/fullpage.html?res=9507E2DF153BF93BA15756C0A962958260 " Be-Bop's Generous Romantic"] , "", , . Accessed , . "Mr. Harris moved to New York in the early 1960's and became friends with Thelonious Monk and Baroness Pannonica de Koenigswarter, Mr. Monk's patron. Eventually, Mr. Harris moved to her estate in Weehawken, N.J., where he still lives."]

In the Eighties, Harris maintained a unique institution, the Jazz Cultural Theater, in a former restaurant storefront on Eighth Avenue near 23rd Street in Manhattan. There he taught group music and piano lessons, as well as hosted his own performances and those of other like-minded artists. His album "For the Moment" was recorded there.

His approach to the teaching of jazz uses methods and techniques that pre-date the Berklee school and the Lydian Chromatic approach of . He relies upon the 6th chord and the 8-note, rather than the 7-note jazz scale, as a basis for melody and harmony. This is the material used by , , , , and even . He emphasizes the concept of building a repertoire of one's own musical movements over common harmonic formulae.

The Jazz Cultural Theater was designed to last as long as the students and audiences kept the doors open. Unfortunately, Mr. Harris had an illness which required all his attention, and the theater closed at that time.

Since 1996 Barry Harris has collaborated with Toronto-based pianist and teacher Howard Rees in creating a series of videos and workbooks documenting his unique harmonic system and teaching process.

Barry Harris continues to perform and teach worldwide. When he is not travelling, he holds weekly music workshop sessions in New York City for vocalists, students of piano and other instruments.