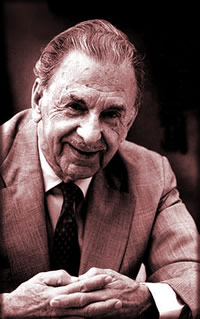 J.R.D. Tata was born in , , the second child of and his French wife Suzanne BrièreFact|date=April 2008. His father was a first cousin of , a pioneer industrialist in India. 'Jeh', or 'JRD' as he was commonly known, came to be regarded as the most famous industrial pioneer in modern India. As his mother was French, he spent much of his childhood in and as a result, French was his first language. Tata also attended the . He attended the , Bombay (now ).

J.R.D. Tata was inspired early by aviation pioneer , and took to flying. In 1929 Tata got the first pilot licence issued in India. He later came to be known as the father of Indian . He founded India's first commercial airline, 'Tata Airlines', in 1932, which in 1946 became , now India's national airline.

J.R.D. Tata studied engineering at the . He did not continue beyond matriculation as mentioned in his biography, by Mr R M Lala.

At the age of 34, he bacame Chairman of Tata Sons, the holding Comapany of the Tata Group.For decades, J R D directed the huge Tata Group of companies, with major interests in Steel, Engineering, Power,Chemicals and Hospitality. He was famous for succeeding in business while maintaining high ethical standards - refusing to bribe politicians or use the . Under J R D's Chairmanship, the number of Companies in the Tata Group, grew from 15 to over 100. Monetarily, the assests of Tata group grew from Rs 62 crores to over Rs 10000 crores.

He was awarded the Legion d'honneur, by the French Government in 1954.He also received the prestigious, Guggenheim Medal for aviation in 1988.He was awarded the , India's highest civilian award in 1992 for his service to industry and nation building. He died in , in 1993 at age of 89. He is buried at in Paris.