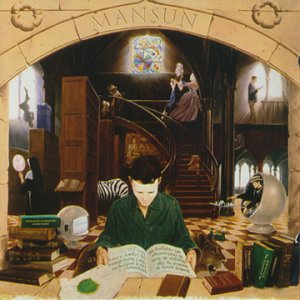 "Six" was released in the US on , , but with an alternative running order, different artwork, and the re-recorded single version of the title track.In an interview prior to the release of 'Six', Paul Draper stated that the "interlude" 'Witness To A Murder (Part Two)' was included to separate the album into two parts as a tribute to old style vinyl albums.

"Legacy", "Being A Girl (Part One)", "Negative" and "Six" were each released as singles.

"Being A Girl (Part One)" is literally the first two minutes of "Being A Girl" it was in this form that it was released as a single.

"Six" was re-recorded and produced by Arthur Baker for its single release.

The album's sleeve art was a painting produced by Max Schindler, and commissioned especially for the album. It contains many references to personal interests and obsessions of the band, such as a and an image of as , and as Number 6, from . There is also a depiction of standing close to a painting that may be a reproduction of , a allegorical painting. Guitarist is known to be both a Taoist and a fan of A. A. Milne, and the album's name is in fact a reference to Milne's book .

The inlay booklet includes enlarged images of the piles of books from the cover, making it easier to read the authors and titles.

One book perhaps notably absent is 's "", given Chad's interest in both Taoism and A. A. Milne. The book is also arguably one of the major influences behind the lyrics to the song "Shotgun".