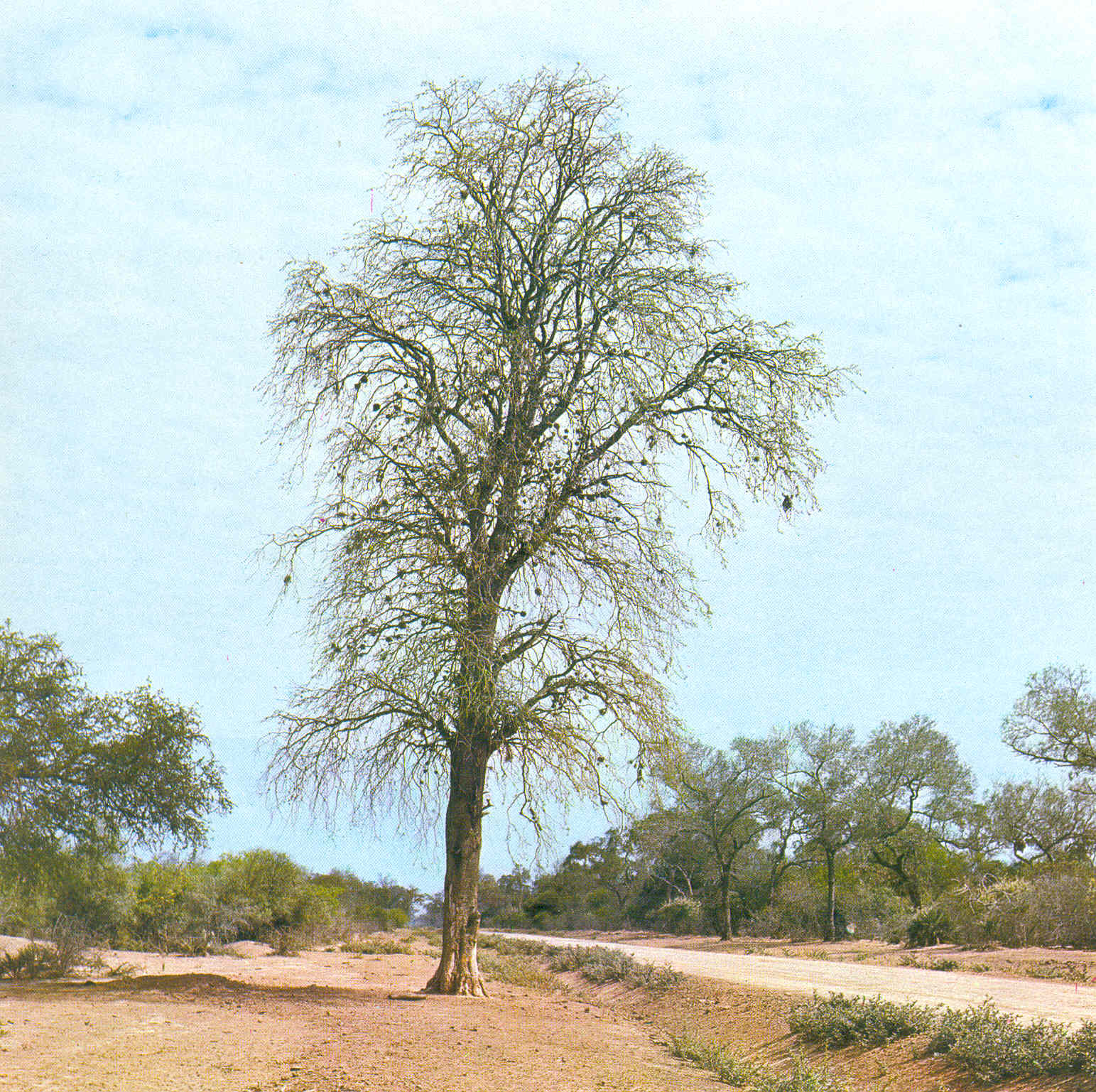 "Bulnesia sarmientoi" is a tree that inhabits a part of the area in , around the -- border. Its common name is "palo santo" (Spanish, "holy wood"); in some places it is called "ibiocaí", and in the trade also known as "vera" or verawood. It may also appear named as "Paraguay lignum vitae", since it has properties and uses similar to the trees of genus "".

"Bulnesia sarmientoi" is brown, black, and green (varying in color from light olive green to chocolate brown), with streaks. The is mostly thin and light yellow. The basic of this wood is between 0.92 and 1.1 g/cm³.

Palo santo is employed for work and for the making of durable wooden posts. From its wood, also, a type of oil known as (or "guayacol") is produced, to be used as an ingredient for s. Its can be obtained by means of organic s, and is employed to make es and dark paints.

Palo santo is appreciated for the -healing properties of its essence and also because it provides good and a high quality timber. It ignites easily despite being so dense, and produces a fragrant smoke. Natives of the Chaco region employ the bark to treat problems.

Having heard that Palo Santo wood was used to make vessels to ferment wine in Paraguay, imported 20 blocks of it to create the Palo Santo Marron beer. They added the wood blocks to the fermenters during the aging process and ended up with a sweet 12% abv, highly roasty, and malty wood aged . As of 2008 a 10,000 gallon palo santo barrel was custom built on premises to expand production.

The best known species in the genus is "Bulnesia arborea" : its wood is traded together with that of "Bulnesia sarmientoi".