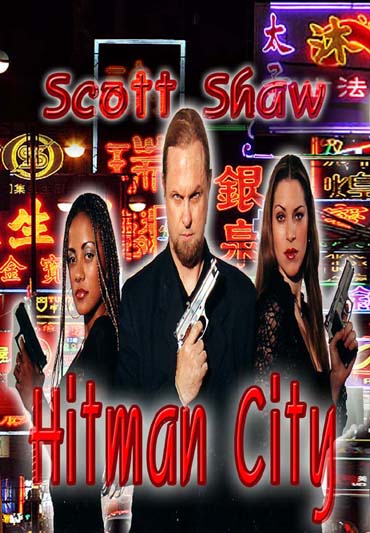 "Hitman City" is a that was directed by .

Common to all of the films created by Scott Shaw, this feature follows a non-linear storyline. It details the exploits of an , "Jericho Ryder", played by Shaw, who is guided to despose of those individuals who are inflicting havoc and negativity upon society. This character is guided to his targets by a bizarre set of mystical entities that only "Ryder" understands to be living beings.

As is also commonly the case with Scott Shaw's Films, this feature is full of style references and edits where the central characters leave behind the storyline and interact solely by the presentation of visual images in association with .