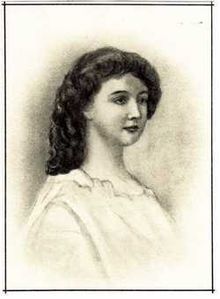 Sarah Hildreth Butler (born Sarah Jones Hildreth, August 17, 1816 - April 8, 1876) was an American stage actress. She was the wife of Benjamin Franklin Butler, a controversial political general in the American Civil War and later a Congressman and Governor of Massachusetts.

Sarah Hildreth was born in Dracut, Massachusetts, the daughter of Dr. Israel Hildreth, a noted physician of the Lowell area, and Dolly Jones. At sixteen, she went to Boston for formal training in dramatics, performing all over the country. On May 16, 1844, she married Benjamin Butler, then a rising lawyer, at Saint Anne's Episcopal Church in Lowell; she was 27, he 25. The Butlers would have four children, three surviving to adulthood: Blanche (1847–1939), who would later marry Adelbert Ames; Paul (1852–1918; their first son, also named Paul, had died in 1850 at the age of five); and Ben-Israel (1855–1881). She retired from stage performance after her marriage.

Sarah Hildreth Butler died on April 8, 1876, at the age of 59, and is buried at her family's private cemetery in Lowell.