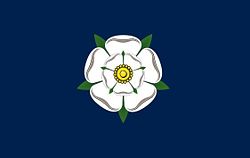 Yorkshire is a historic county of northern England and the largest in Great Britain. Although Yorkshire is not a current unit of civil administration, it is included in the name of a number of contemporary subdivisions such as Yorkshire and the Humber. The name is familiar and well-understood across the United Kingdom and is in common use. Throughout much of history Yorkshire has played a prominent role in Great Britain. The Brigantes, who were the largest Celtic Briton tribe, held it as their heartland. The Romans made York (from which the county derives its name) one of the two capitals of all Roman Britain. The area was an independent Viking kingdom known as Jórvík for around a century, before being taken by England. Most of the modern day large cities were founded during the Norman period.

The county covered just under 6,000 square miles (15,000 km²) in 1831 and the modern day Yorkshire and the Humber region has a population of around five million. Yorkshire is widely considered to be the greenest area in England, due to both the vast rural countryside of the Yorkshire Dales, North York Moors and some of the major cities, this has led to Yorkshire being nicknamed God's Own County. (read more) . . .

The Battle of Towton was the "largest and bloodiest battle ever fought on English soil". The engagement took place near the village of the same name in Yorkshire on 29 March 1461, a Palm Sunday. It was part of the series of civil wars—the Wars of the Roses—fought between the Houses of Lancaster and York. More than 50,000 soldiers were mustered for this battle. The reigning king of England, Henry VI, headed the Lancastrians, while the Yorkists were led by Edward IV, who had declared himself king and was using this battle to affirm his claim. Their armies met on a plateau near Towton amidst a snowstorm. The Lancastrians, superior in numbers, were lured out of their defensive positions by the Yorkist archers, who took advantage of the strong wind to outrange their counterparts and inflict casualties without suffering any in return. The ensuing melee raged for hours, and the Yorkists finally gained victory after the arrival of their reinforcements. Many Lancastrians were killed in their panicked flight from the battlefield, and the heralds reported a count of 28,000 dead. Henry fled to Scotland, leaving Edward free to start the Yorkist dynasty. (more...) 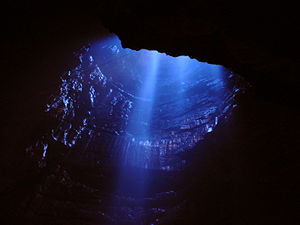 Credit: Mark S Jobling
Gaping Gill on Ingleborough Hill is, at 105 metre deep, one of the deepest potholes in the Yorkshire Dales, and one of many entrances to the Gaping Gill cave system. (read more . . . )
More pictures...
edit 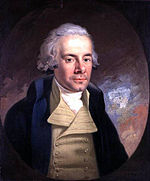 William Wilberforce (24 August 1759 – 29 July 1833) was a British politician, philanthropist and a leader of the movement to abolish the slave trade. A native of Hull, Yorkshire, he began his political career in 1780 and became the independent Member of Parliament for Yorkshire (1784–1812) and a close friend of Prime Minister William Pitt the Younger. In 1785 he underwent a conversion experience and became an evangelical Christian, resulting in changes in his lifestyle and in his interest in reform. In 1787 he came into contact with Thomas Clarkson and a group of anti-slave trade activists, including Granville Sharp, Hannah More and Lord Middleton. They persuaded Wilberforce to take on the cause of abolition; and he soon became one of the leading English abolitionists, heading the parliamentary campaign against the British slave trade until the eventual passage of the Slave Trade Act in 1807. Wilberforce died just three days after hearing that the passage of the Act through Parliament was secure. He was buried in Westminster Abbey, close to his friend William Pitt. (read more . . . )
More biographies...
`
edit

List of churches preserved by the Churches Conservation Trust in Northern England describes the 50 churches cared for by the Churches Conservation Trust in Northern England, covering the counties of Northumberland, Tyne and Wear, Cumbria, North Yorkshire, South Yorkshire, West Yorkshire, Lancashire, Merseyside, Greater Manchester, and Cheshire, spanning a period of more than 1,000 years. The oldest is St Andrew's Church, Bywell, which dates from about 850; the most recent, Old Christ Church, Waterloo, was built between 1891 and 1894. All but one of the churches have been designated by English Heritage as listed buildings. Some stand in the centres of cities or towns and their functions have been taken over by nearby churches; these include St John the Evangelist's Church, Lancaster, Christ Church, Macclesfield, St John the Evangelist's Church, Leeds, St Stephen's Church, Low Elswick, Church of All Souls, Bolton, and Old Christ Church, Waterloo. Others stand in remote or isolated positions in the countryside. Some fell into disuse because the village they served was deserted, or the local population moved elsewhere; examples include Ireby Old Church, St Mary's Chapel, Lead, and St Thomas' Church, Friarmere. Alternatively the church once served the estate of a country house, as with All Saints' Church, Harewood, Church of Christ the Consoler, Skelton-on-Ure, and St Martin's Church, Allerton Mauleverer. In some cases the churches have only been partially conserved. Only the tower of Old St Lawrence, York, the tower and part of the aisle walls of Christ Church, Heaton Norris, and the tower, chancel and walls of the nave of Old Holy Trinity Church, Wentworth have survived. Most of the churches remain consecrated and are used for occasional services where practical; some are venues for concerts and other purposes. One church still vested in the Trust, St James, Toxteth, Liverpool, which was at one time derelict, re-opened in 2010 for regular worship. (read more . . . )

What are portals? · List of portals · Featured portals
Categories: