Rugby union (often referred to as just rugby or union, and in Australia and New Zealand as football or footy) is a variant of rugby football. Rugby union is played by teams with 15 players. The name comes from the name of the game's original governing body, the Rugby Football Union. It is one of several codes of rugby football, the others including rugby league, rugby sevens and touch rugby.

Like other forms of rugby football the game was developed from the rules used to play football at Rugby school in England. The crucial differences from football (soccer) are that in rugby the ball is a prolate spheroid instead of a sphere and that the players are allowed to pick the ball up and run with it. The players are also allowed to throw the ball from player to player, but unlike American football they are not allowed to throw it forward; ie the ball must only be passed sideways or backward.

Rugby union was invented in the town of Rugby, England in 1823. It has established itself as a major global sport, especially popular in New Zealand, Fiji, Tonga, Samoa, Wales, England, Ireland, Scotland, France, Australia, Argentina and South Africa. Rugby is also gaining popularity in Italy, which was accepted into the Six Nations in 2000, and Japan, despite their unsuccessful bid to host the 2011 Rugby World Cup, which went to New Zealand. Rugby is the most popular team sport in Georgia and is popular in Romania, Namibia, the USA and Canada.

Article of the month

Wales have won the Six Nations 23 times, second only to England, the last being in 2005. Their best result in the Rugby World Cup is third, which they achieved in 1987. They also hosted the 1999 Rugby World Cup. The International Rugby Board (IRB) regard Wales as a Tier One rugby nation. In particular, several Welsh players of the 1970s are acknowledged as some of the best in the game's history. Although several poor results in the late 1980s and 1990s hurt the team’s reputation, a resurgence in form in the 2000s and a Six Nations Grand Slam in 2005 has helped reverse that. Due to this success, Wales became the first team ever to win the Grand Slam while playing more matches away than at home. (More...) 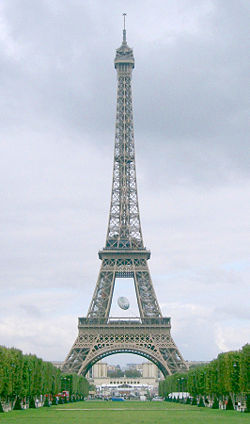 The Eiffel Tower, Paris, with a giant inflatable rugby ball suspended from it as a promotion for the 2007 Rugby World Cup. Photo credit: PRA

The current Collaboration of the fortnight is Fylde Rugby Club
edit

Rugby football is a game I can't claim absolutely to understand in all its niceties, if you know what I mean. I can follow the broad, general principles, of course. I mean to say, I know that the main scheme is to work the ball down the field somehow and deposit it over the line at the other end and that, in order to squalch this programme, each side is allowed to put in a certain amount of assault and battery and do things to its fellow man which, if done elsewhere, would result in 14 days without the option, coupled with some strong remarks from the Bench.

Frank Hadden (born 14 June 1954 in Dundee, Scotland) is coach of the Scotland national rugby union team. He replaced Matt Williams and was appointed on 15 September 2005. Hadden coached the Merchiston Castle School (MCS) 1st XV after being appointed Head of Physical Education at the school in 1983. He coached several Scottish age-group teams before being appointed assistant coach of the Caledonian Reds in 1997. He was later appointed coach of Edinburgh Gunners (now Edinburgh Rugby) in 2000 prior to becoming the Scotland coach. He has since coached Scotland to notable wins over England and France in the 2006 Six Nations.