The National Register of Historic Places is the United States' official list of historic sites worthy of preservation which was authorized under the National Historic Preservation Act of 1966. There are around 84,000 listings of individual properties (sites, buildings, structures, and objects) and historic districts. The districts include, in turn, about 1,000,000 buildings, sites and structures. The Register automatically includes all 2,450 or so U.S. National Historic Landmarks designated by the U.S. Secretary of the Interior as well as the approximately 300 historic areas that are National Monuments declared by the U.S. president or National Historic Sites or other National Park Service areas authorized by the U.S. congress.

The National Register of Historic Places is primarily a tool to recognize the historical significance of a building, structure, object, site, or district. Listing in the National Register does not directly restrict private property owners from the use of their property. Some states, however, might have state or local laws that become effective when a place is listed on the National Register. In contrast, a local historic district often has enabling ordinances at the municipal level that restrict certain kinds of changes to properties and thereby encourages those changes that are sensitive to the historic character of an area.

Any individual can prepare a National Register nomination although historians and historic preservation consultants are often employed for this work. The nomination contains basic information on the type of significance embodied in the building, structure, object, district, or site. The State Historic Preservation Office receives National Register nominations and supplies feedback to the individual preparing the nomination. A description of the various aspects of social history and commerce, architectural styles and ownership of the property is also part of the nomination. 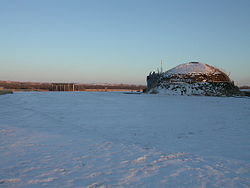 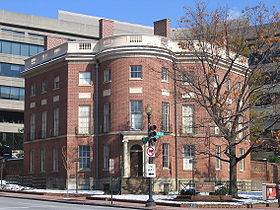 The Octagon House in Washington, D.C.

Sumter County Courthouse, in Bushnell, Florida, designed by Edwards
William Augustus Edwards, also known as William A. Edwards, (December 8, 1866-March 30, 1939) was an Atlanta-based American architect renowned for the educational buildings, courthouses and other public and private buildings that he designed in Florida, Georgia and his native South Carolina.

He and another Darlington County native, Charles Coker Wilson, set up an office together in Columbia, having previously worked in Roanoke, Virginia. The two men prospered for a time, but in 1901 Edwards found a new partner, Frank C. Walter. Between then and 1908 the two designed many public school buildings across the state. In 1908 the men moved their firm to Atlanta, Georgia, where they were briefly associated with an architect named Parnham. The firm lasted until 1911, at which point Walter left to work on his own. Learn more...