The location of Sierra Leone 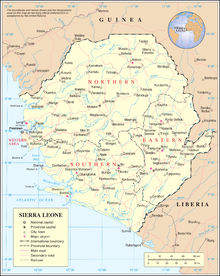 The Republic of Sierra Leone is a sovereign country located in West Africa.[1] Sierra Leone is bordered by Guinea in the northeast, Liberia in the southeast, and the Atlantic Ocean in the southwest. Sierra Leone covers a total area of 71,740 km² (27,699 sq mi)[2] and has a population of 5,900,000. The country has a tropical climate, with a diverse environment ranging from savannah to rainforests.[3] Freetown is the capital, seat of government, and largest city.[2] Other major cities in the country with a population over 100,000 are Bo, Kenema, Koidu Town and Makeni. Although English is the official language spoken at schools and government administration, Krio (language derived from English and several West African languages and is native to the Sierra Leone Krio people) is the lingua franca spoken throughout the country. The Krio language unites all the different ethnic groups, especially in their trade and interaction with each other.

Early inhabitants of Sierra Leone included the Sherbro, Temne and Limba peoples, and later the Mende,[4] who knew the country as Romarong, and the Kono who settled in the East of the country.[5] In 1462, it was visited by the Portuguese explorer Pedro da Cintra, who gave it its name Serra de Leão, meaning 'Lion Mountains'.[6] Sierra Leone became an important centre of the transatlantic slave trade, until 1787 when Freetown was founded by the Sierra Leone Company as a home for formerly enslaved African and West Indians.[7] In 1808, Freetown became a British Crown Colony, and in 1896, the interior of the country became a British Protectorate;[5] in 1961, the two combined and gained independence. Over two decades of government neglect of the interior followed by the spilling over of the Liberian conflict into its borders eventually led to the Sierra Leone Civil War,[8] which began in 1991 and was resolved in 2000 after the United Nations led by Nigeria defeated the rebel forces and restored the civilian government elected in 1998 to Freetown. Since then, almost 72,500 former combatants have been disarmed[9] and the country has reestablished a functioning democracy.[1] The Special Court for Sierra Leone was set up in 2002 to deal with war crimes and crimes against humanity committed since 1996.[10]

Sierra Leone is the lowest ranked country on the Human Development Index and seventh lowest on the Human Poverty Index,[11] suffering from endemic corruption[12] and suppression of the press.[13]

The following outline is provided as an overview of and topical guide to Sierra Leone: 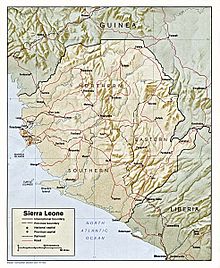 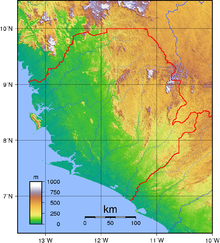 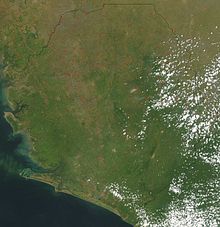 Government and politics of Sierra Leone

Branches of the government of Sierra Leone

Executive branch of the government of Sierra Leone

Legislative branch of the government of Sierra Leone

Judicial branch of the government of Sierra Leone

The Republic of Sierra Leone is a member of:[1]

Law and order in Sierra Leone

Economy and infrastructure of Sierra Leone