The location of Poland 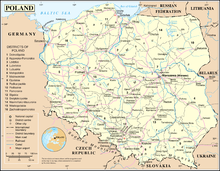 An enlargeable map of the Republic of Poland
See also: Index of Poland-related articles

The Republic of Poland is a sovereign country located in Central Europe.[1] Poland is bordered by Germany to the west; the Czech Republic and Slovakia to the south; Ukraine, Belarus and Lithuania to the east; and the Baltic Sea and Kaliningrad Oblast, a Russian exclave, to the north. The total area of Poland is 312,679 km² (120,728 sq mi),[2] making it the 69th largest country in the world and 9th in Europe. Poland has a population of over 38.5 million people, which makes it the 33rd most populous country in the world.[3]

The establishment of a Polish state is often identified with the adoption of Christianity by its ruler Mieszko I in 966 (see Baptism of Poland), when the state covered territory similar to that of present-day Poland. Poland became a kingdom in 1025, and in 1569 it cemented a long association with the Grand Duchy of Lithuania by uniting to form the Polish-Lithuanian Commonwealth. The Commonwealth collapsed in 1795, and its territory was partitioned among Prussia, Russia, and Austria. Poland regained its independence in 1918 after World War I but lost it again in World War II, occupied by Nazi Germany and the Soviet Union. Poland lost over six million citizens in World War II, and emerged several years later as a socialist republic within the Eastern Bloc under strong Soviet influence. In 1989 communist rule was overthrown and Poland became what is constitutionally known as the "Third Polish Republic". Poland is a unitary state made up of sixteen voivodeships (Polish: województwo). Poland is also a member of the European Union, NATO and OECD.

The following outline is provided as an overview of and topical guide to Poland. 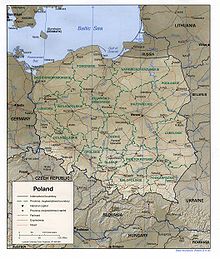 An enlargeable relief map of Poland 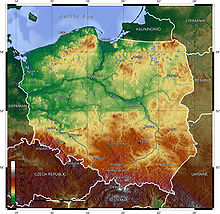 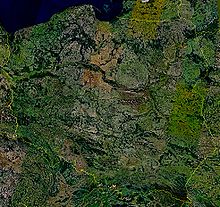 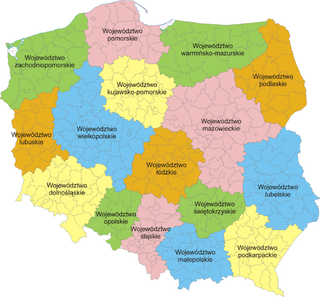 Government and politics of Poland

Main articles: Government of Poland and Politics of Poland

Branches of the government of Poland

Executive branch of the government of Poland

Legislative branch of the government of Poland

Judicial branch of the government of Poland

The Republic of Poland is a member of:[1]

Law and order in Poland

Economy and infrastructure of Poland