The following outline is provided as an overview of and topical guide to logic:

Logic – formal science of using reason, considered a branch of both philosophy and mathematics. Logic investigates and classifies the structure of statements and arguments, both through the study of formal systems of inference and through the study of arguments in natural language. The scope of logic can therefore be very large, ranging from core topics such as the study of fallacies and paradoxes, to specialized analyses of reasoning such as probability, correct reasoning, and arguments involving causality. One of the aims of logic is to identify the correct (or valid) and incorrect (or fallacious) inferences. Logicians study the criteria for the evaluation of arguments.

Mathematical logic, symbolic logic and formal logic are largely, if not completely synonymous. The essential feature of this field is the use of formal languages to express the ideas whose logical validity is being studied.

Symbols and strings of symbols

Expressions in an object language

Expressions in a metalanguage

Metalogic – The study of the metatheory of logic.

Model theory – The study of interpretation of formal systems. 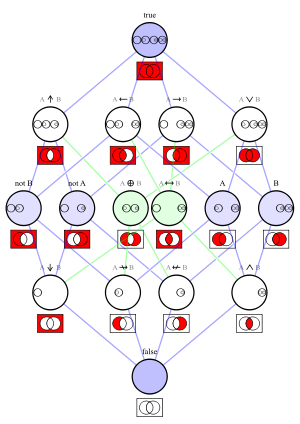