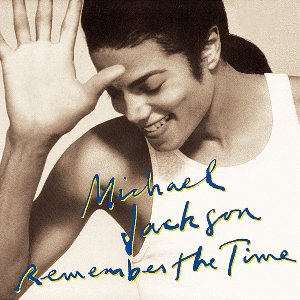 "Remember the Time" is a popular recording for American Pop and R&B singer in March of 1992. Released as the second single off Jackson's hit 1991 album, "Dangerous", the song was a successful attempt by Jackson to create a -flavored R&B jam with the accompanient of co-producer Teddy Riley. The song hit #3 on the singles chart and #1 on Billboard's R&B Singles chart. In 1993 Jackson gave a memorable performance of the song at the in a chair. This was because he had twisted his ankle very badly as he was going into a spin during dance rehearsals the day before. "Remember The Time " received the Soul Train Award for Best Male R&B Single.

The song was originally set to be a part of the Dangerous World Tour and was rehearsed before the tour began but was taken out. Many rumors state that it might have been taken out for time purposes due to the already large song list for the tour.

As for some of his past songs, the for "Remember the Time" was an elaborate production and became one of his longest videos at over 9 minutes. Set in , it featured groundbreaking and appearances by , Iman, and along with a distinct physically complicated dance routine that became the centre piece of many other videos from the "Dangerous" album. It is his first on-screen kiss and is one of only a few videos where he is seen embraced in a kiss.

* [http://www.youtube.com/watch?v=TlCMJK0CogQ "Remember the Time"] on