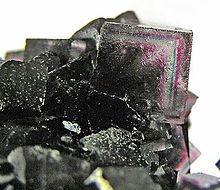 Otjozondjupa region is one of the thirteen regions of Namibia. An outstanding landmark within this region is the Waterberg Plateau Park. Administration offices are based in Otjiwarongo which is the largest town in the region.

Otjiwarongo, Grootfontein, Otavi, and Okahandja are linked by rail and by the main trunk road running from south to north. Communication systems between these areas are also of a high standard.

The farming activities of Okahandja and Otjiwarongo are homogenous as these parts are well known for cattle farming. The Otavi and Grootfontein districts, and to a lesser extent also Otjiwarongo, are the granary of Namibia. The region also has a great potential to establish industries connected with such farming activities and by-products of it. It further has the advantage of combining communal and commercial farming in the same region.

The infrastructure of the region is such that effective administration is possible. The state of development in the area, and the facilities available, form a solid basis for future development. This region has the potential to be economically independent.

In the east, Otjozondjupa borders the North-West District of Botswana. Domestically, it borders the following regions:

Otjozondjupa borders more regions than any other region of Namibia.

It is traversed by the northwesterly line of equal latitude and longitude.