Ota Pavel (born Otto Popper) (born 2 July 1930 in Prague – died 31 March 1973 in Prague) was a Czech writer, journalist and sport reporter. He is primarily an author of autobiographical and biographical novels.

He was born in Prague as the third and youngest son of Jewish travelling salesman Leo Popper.

During World War II his father and both his older brothers were imprisoned in Nazi concentration camps (his brother Jiří was imprisoned in Mauthausen).[1] Otto remained with their mother, who was of non-Jewish origin, in Buštěhrad. Young Otto briefly worked as a miner in the Kladno Region. His father and both brothers survived Nazi imprisonment and returned home after the end of the World War.[2] In 1960 Otto graduated at the Střední škola pro pracující (High School for Workers).

He was an enthusiastic hockey player and played on the junior team of HC Sparta Praha, but his hopes for a professional ice-hockey career were dashed by a serious illness and tonsillectomy.[3] He stayed on with Sparta for a short time to train its junior team. In 1949 his close friend Arnošt Lustig recommended him to concentrate on writing, and as a result, Popper was engaged as a sports reporter by Czechoslovak Radio.[4] In 1955 he changed his name to Ota Pavel.[5] From 1956 to 1957 he was a sports reporter for the journal Stadion (Stadium), then contributed for a few years to the army journal Československý voják (Czechoslovak Soldier). His first literary attempts (mainly short sport-related feuilletons) were published in Stadion.

His work as a journalist took him to the Soviet Union. He was also allowed to travel to Western countries, including France and Switzerland. In 1962 he visited the USA with the Czech football team Dukla Prague.

During the 1964 Winter Olympics in Innsbruck he showed signs of the mental illness that would later end his official journalistic career. He later described the episode in his book "Jak jsem potkal ryby":

"I went mad at the winter Olympics in Innsbruck. My brain got cloudy, as if a fog from the Alps had enveloped it. In that condition I came face to face with one gentleman - the Devil. He looked the part! He had hooves, fur, horns, and rotten teeth that looked hundreds of years old. With this figure in my mind I climbed the hills above Innsbruck and torched a farm building. I was convinced that only a brilliant bonfire could burn off that fog. As I was leading the cows and horses from the barn, the Austrian police arrived..."[4]

Following this he was diagnosed with bipolar disorder.[6] In 1966 the effects of this disease led to his retirement and thereafter several admissions to mental hospitals for treatment. This difficult period in his life was also his most creative, in which he produced his strongest and most lyrical collections, including 'How I Came to Know Fish'. He died of a heart attack in 1973 in Prague and is buried at the Jewish cemetery in Prague - Strašnice, next to his father.

Ota Pavel's work was focused on sports, especially fishing. Some of his works were adapted for the film: Zlatí úhoři (Golden Eels) (starring Vladimír Menšík) and Smrt krásných srnců.

Two of his books, Golden Eels and How I Came to Know Fish were translated into English.[7][8] 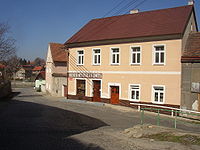