There Is a Light That Never Goes Out

There Is a Light That Never Goes Out

Infobox Single
Name = There Is a Light That Never Goes Out 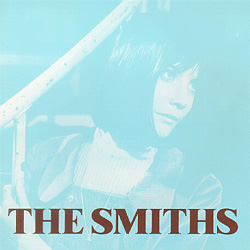 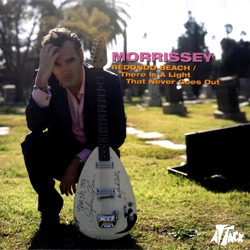 "There Is a Light That Never Goes Out" is a song by the , written by and . It was originally featured on their 1986 album "", but despite its popularity it was not released as a single until 1992, after The Smiths split up. Morrissey re-released the song as a double A-side live single (with his cover of 's "Redondo Beach") in 2005, which reached #11 in the UK singles chart.

The song lyrically utilises a first-person narrative concerning yearning, anxiety, and implied romance. Morrissey assumes the role of a person who has, one could infer from the lyrics, been kicked out of home, so seeks solace and company in the form of the person the song addresses - the car's driver.

Musically, the song begins with a bridge similar to that heard on "Hitch Hike" by and "" by , which recurs as a musical motif throughout the song. With synthesized strings, a esque arrangement and yearning lyrics, many listeners have viewed "There Is a Light That Never Goes Out" as a straightforward despite some ambiguity in the lyrics themselves.

Many of Morrissey's lyrics are borrowed from other sources. In particular, the title of this song has been a source of wonder. One credible suggestion has been that the title is a paraphrase of what said to Nicholas Ridley as they were about to be burned at the stake as heretics during the reign of "Bloody Mary," Queen :

"Play the man, Master Ridley; we shall this day light such a candle, by God's grace, in England, as I trust shall never be put out."

argues in his book "" that the basic narrative story is similar to that of the film "", in which Dean - an idol of Morrissey's - leaves his torturous home life, being the passenger to a potential romantic partner. Given Morrissey's previous thematic and lyrical borrowings from literature and cinema, this is a viewpoint with some plausibility. According to Goddard, an earlier version lacked some of the finished version's ambiguity, culminating in the line "There is a light "in your eyes" and it never goes out". Additionally, the video for Morrissey's song shows him visiting Dean's childhood home, and at one point displays the words "There is a light that never goes out."

"There Is a Light That Never Goes Out" was originally planned to be a single from "The Queen is Dead", but label boss selected "" from the same album as the release instead. The song has subsequently been covered by a number of artists, including UK singer , , ,, , of Oasis, , the The Divine Comedy, , (on the tribute album "The World Still Won't Listen"), and . There is also a Spanish version by Mikel Erentxun, called "Esta Luz Nunca se Apagara". Speedstar also recorded a cover which featured on the Triple J Like A Version compilation CD.