S.M. Coaches is a bus and coach operating company based in Harlow, Essex in the United Kingdom. They mostly operate local services around Harlow, as well as school services and private hire. Olympian Coaches is also a part of the business, operating school services, private hire and commuter services into London. Many of their bus services operate in competition with Arriva routes. Some of the bus services are operated under the trading name Roadrunner Coaches.

S.M. Coaches started off as a post regulation company S.M. Travel. Their first route was route T15 which was a peak hour Essex County Council contract between Potter Street and Templefields Industrial Area in Harlow. The route missed out Harlow town centre completely. The route eventually became a commercial operation with many route changes throughout the years. S.M. Coaches have certainly grown over the years, with many routes competing with Harlow's main bus company, Arriva.

S.M. Coaches and Olympian Coaches are legally separate companies. In 2008, the two companies became quite close and now all bus services are registered under S.M. Coaches, which includes the former Olympian bus routes. The only services operating under the Olympian Coaches name are the London commuter services, private hire work and many school services.[1]

In March 2009, whilst carrying 47 school children on the A414, one of the company's coaches caught fire. The fire destroyed the vehicle, but there were no injuries.[2] From January 2010, route SM19 was extended from Epping to Ongar, operating in direct competition with routes 500 and 501. As a result, the 500 has been cut back to operate between Epping and Harlow.

From 12 April 2010, new route SM18 started, operating every 40 minutes between Bishops Stortford and Harlow, competing against Arriva routes 333 and 510.

Some Harlow local services were previously operated under Roadrunner Coaches. From 19 April 2010, a new route M4 began operation and the name was reintroduced. It followed Arriva decreasing the frequency of route 4.

S.M. Coaches mostly operates local bus services in Harlow, but some routes enter other towns, such as Bishops Stortford, Sawbridgeworth, Epping, Ongar and Hertford. Many school services also operate, which are not all listed here.

Olympian mainly operate commuter routes from Hertfordshire and Essex into central London, with many school contracts as well as private hire.

There are also many other school services which have been operated by SM Coaches and Olympian Coaches. 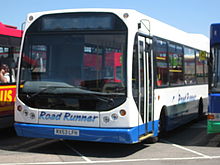