Nothing Like the Sun: A Story of Shakespeare's Love Life 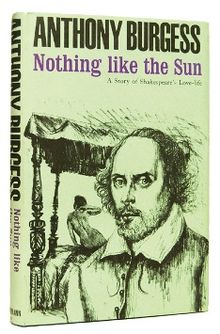 Nothing Like the Sun is a fictional biography of William Shakespeare by Anthony Burgess first published in 1964. The novel concerns alleged relationships of Shakespeare from his perspective, including one with the notorious Elizabethan prostitute, Lucy Negro.

The novel's title refers to the first line of Sonnet 130: "My mistress' eyes are nothing like the sun."