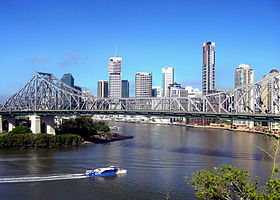 Brisbane and the Story Bridge 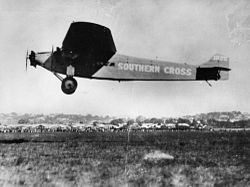 The Southern Cross landing in Brisbane in 1928. 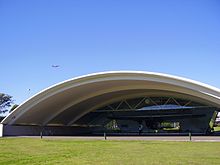 The aircraft is currently preserved and on display in the Kingsford Smith Memorial, a special a climate-controlled sealed glass building near the International terminal at Brisbane Airport

Notable Brisbane-born people in this section include: 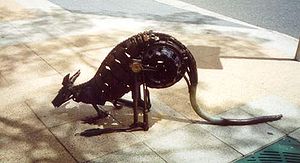 Brisbane-born singers, dancers and musicians include:

Brisbane is also the home of:

Brisbane-born writers and journalists include: