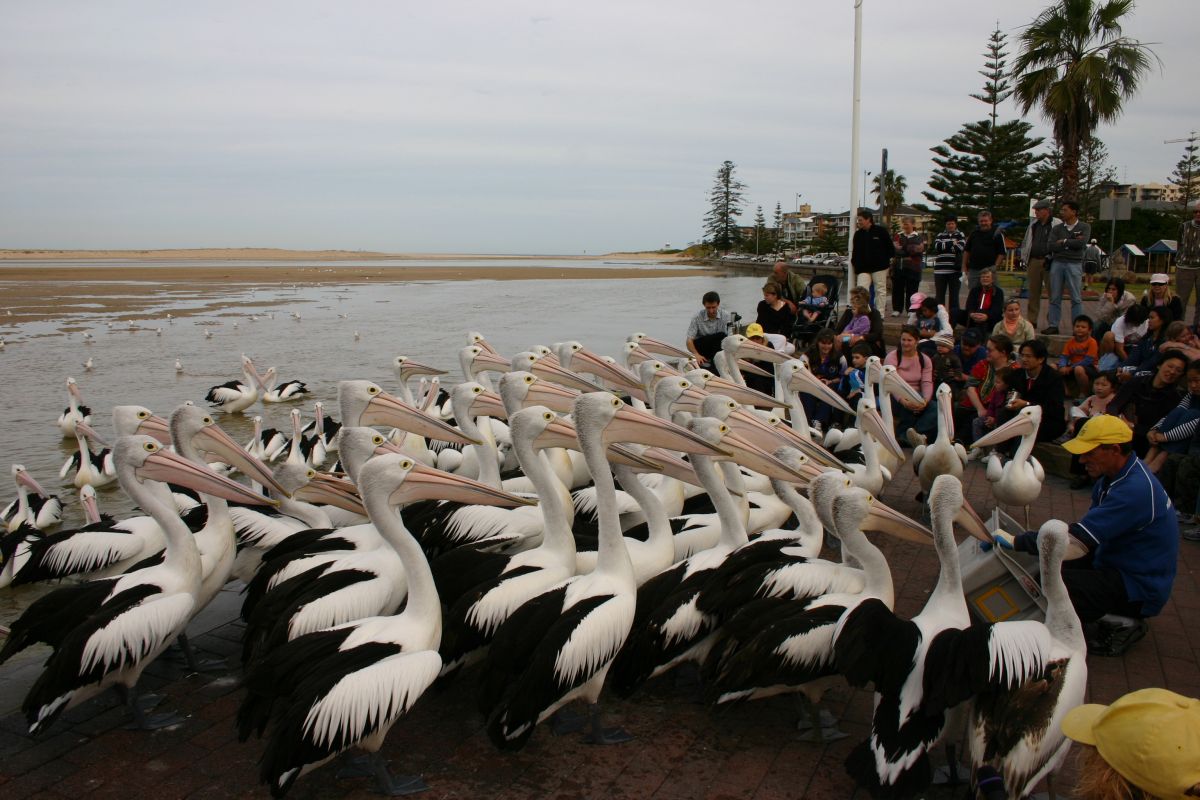 The Entrance is a district centre and town of the Central Coast region of , . It is part of the local government area.

The town occupies an area of land that is bounded by water on three sides. The Entrance gains it name from the channel that runs along much of its northern border that is "the entrance" to . The Entrance has been a very popular holiday destination for many people since the first guest house was established in 1885.

ettlements at the entrance

Although the area was previously inhabited by the , the local , it is believed Europeans first discovered it in 1796. It was found by Governor of Tasmania, Colonel David Collins, who had arrived on the during the search for an escaped convict woman, Mary Morgan, who was said to be living with the Aborigines to the North of the .

The area now known as The Entrance was occupied by Henry Holden in 1828. He occupied convert|640|acre|ha|0 and was bounded by the on the eastern side, on the northern and western sides and extended all the way to the current Toowoon Bay Road. Holden named the property "Towoon". In 1835 the deeds were issued to John Edye Manning and he sold the land for £200 to Thomas Cade Battley who renamed the property "Terilbah". [Pratt, Eileen (1978) "Place Names of the Central Coast". Brisbane Water Historical Society and The Entrance and District Society. p49]

In 1850, ownership was transferred to the Taylor Family and it was referred to as "Tuggerah Beach". The land remained privately owned until about 1900 when it was divided up among the twelve children of Richard Brown Taylor and Norberta Maria Gertrude (nee Watkins). The Taylors donated land to the Roman Catholic Church, The Church of England and The Entrance Public School.

On , "Karagi" Receiving Office was opened. Karagi, meaning "the entrance", was the Aboriginal name for the point on the south bank of the channel at the Pacific Ocean, a name which has since been officially adopted. On , Karagi Receiving Office was designated a Post Office. The name Karagi was not popular locally and on , the English interpretation was adopted.

In 1889 the railway line was completed from Sydney to Newcastle

In March 1920, 200 parcels of land were auctioned after it had become clear that the land in the township needed to be subdivided. Each block of land averaged a selling price of £60 to £80, although some blocks closer to the water sold for as much as £200. Immediately holiday houses began to be built rapidly. It also resulted in a total of 15 guest houses operating soon after, including "Lakeside" built by Rene Johnson (nee Taylor) that was the most exclusive. Although competition was fierce, the guesthouses had high occupancy rates in the booming times.

Despite the growth, the area was still isolated and access was restricted to a wagon on the bush track from Gosford or by a ferry from Wyong. The area was popular among fishermen and prior to 1908 the majority of boats that travelled to The Entrance used "Tuggerah Jetty", the remains of which, still exists on the shore of Tuggerah Lake between the entrances to Wyong River and Ourimbah Creek. When Wyong River was dredged in 1908, the boats would take their catch into Wyong. The construction of "Wyong Wharf" allowed greater access to The Entrance and the demand for ferry transport boomed. Numerous operators took advantage of the demand and ferry's such as "Wyong", "Waiwera", "Loongana" and "Maheno" were making regular journeys across Tuggerah Lake. In 1922, the bush track to Wyong was opened as a road. By the end of the nineteen-twenties the ferry's were rendered obsolete by buses that could reach The Entrance quickly and cheaply. [Stinson, Edward. "A Pictorial History of the Wyong Shire: Volume 1" 1979. Wyong Shire Council. ISBN 0-9595599-0-6. Page 29.]

links The Entrance with The Entrance North over The Entrance Channel as part of Wilfred Barrett Drive. It was originally a wooden single lane bridge with bypass bays that allowed traffic travelling in the opposite direction to pass.

The Entrance Cinema is another well-known icon. It is located on the corner of The Entrance Road and Bayview Mall. The cinema was opened as The Prince Edward Theatre in 1934 and was immediately popular due to the fire that burnt the other cinema in The Entrance, the Wintergarden Theatre in the same year. The Prince Edward Theatre closed in 1977 but was reopened in 1981 when it was purchased and converted into a smaller cinema. A second screen was added in 1988. [Pry, Kathryn. Fenton, Joan. "History of Wyong Shire: 1947-1997" 1997. Wyong Shire Council. ISBN 0-9587443-0-0. Page 221.] The cinema achieved notoriety in 2006 when it refused to screen the film, The Da Vinci Code as it was contrary to the owner's beliefs.

In 1999, The Entrance waterfront was named 'The Pelican Capital of Australia' by Wyong Council to coincide with the opening of a pelican feeding platform as part of the waterfront redevelopment. The daily feeding of the pelicans at 3.30 pm daily has been a regular event at The Entrance for around 20 years since an employee at Clifford's fish shop Peter Major started giving them his scraps during his lunch break. The daily practice attracts 20,000 visitors annually. The Entrance is the perfect place for fishing. There are many species of fish that can be found in the area such as whiting, flathead, bream, and blackfish. The prawnisi also come with the scoonie

The Entrance is located within the federal . Dobell was originally a fairly safe seat for the but was won by the Liberal Party in the 2001 election. The Liberals consolidated their hold on the seat at the 2004 election, but was lost to them in the 2007 election, going back to Labor.

In the , The Entrance is part of the . The electorate is considered a marginal seat for the Labor Party who have held the seat since 1992. It is represented by .

Polling statistics are shown to the right for the Dobell in the 2003 NSW and 2004 Federal elections.

The Entrance Town Centre is located on The Entrance Road, extending from Dening Street (named after the original owners of Bayview Guest House.

To celebrate the start of the summer tourist season, on the first full weekend in December The Entrance holds its annual Mardi Gras festival. The first Mardi Gras was held in 1950. Mardi Gras is the major event of the town and district for the year. The festival is named Mardi Gras after the spirit of the carnevals and Mardi Gras of Europe. The event contains a number of events including fun runs, concerts, fire works and displays. The highlight is the parade. This contains numerous floats from local organisations. The parade starts in Long Jetty and proceeds along The Entrance Road to the Memorial Park being cheered by locals and tourists along the way. In the past local children clamoured to collect 'freebies' (merchandise and sweets) thrown off the floats. A Mardi Gras Queen, Prince and Princess is crowned as part of the festival.