Nevada State Bank is the oldest and largest state-chartered commercial bank in Nevada with assets of more than $4.1 billion. Established in Las Vegas in 1959, Nevada State Bank now has more than 50 branches in 20 communities across the state, and employs more than 850 people. It offers a complete range of consumer, business and private banking services. It is a subsidiary of Salt Lake City-based Zions Bancorporation (Nasdaq: ZION), with affiliates in 10 Western states and assets of more than $51 billion (year-end 2010).[1]

Nevada State Bank first opened its doors for business on December 9, 1959, making it the oldest state-chartered community bank in Nevada. The bank was organized by a group of 12 business owners, with Charles Lee Horsey Jr. serving as President. The organizing group sold 24,000 shares of stock to local people at $31.25 per share. This gave them $600,000 to put into capital and $150,000 for surplus and reserves. The bank received its official state charter on January 5, 1960. It operated out of one location in downtown Las Vegas until 1974, when it opened its first satellite branch.[2]

1968 - Reddi Reserve account introduced, giving customers the ability to use a line of credit to cover overdrafts in their checking accounts.

1984 - The bank celebrates its Silver Anniversary with a total of five branches and 269 employees.

1985 - Nevada State Bank is purchased by Zions Bancorporation and has operated as an autonomous subsidiary since then.

2001 - The bank partners with Ruby Thomas Elementary School, an at-risk Las Vegas-area school. Employees volunteer to help students with schoolwork and raise funds for the school.

2002 - Nevada State Bank introduces Internet bill pay, one of the first banks in the country to offer this service free of charge to non-business clients.

2005 - Nevada State Bank is the first bank in the state to offer Remote Deposits™, enabling companies to scan checks electronically, from anywhere at any time, instead of going to the bank.

January 2006 - The Nevada quarter is launched in a special ceremony on the steps of the Nevada Capitol, as part of the U.S. Mint’s 50 State Quarters Program. Nevada State Bank is the first bank to offer the quarter to the general public as the official “Bank of the Nevada Quarter Launch.”

April 2009 - Nevada State Bank acquires the banking operations of Great Basin Bank of Nevada in a transaction facilitated by the FDIC.[4]

August 2009 - Nevada State Bank is chosen to assist the FDIC by acting as Payout Agent in the resolution of Community Bank of Nevada, which was closed by the Nevada Financial Institutions Division.[5]

Nevada State Bank is organized into five lines of business, each one serving a different client segment.

The retail line serves individual consumers and micro-businesses, through more than 50 branches in 20 communities throughout Nevada. It also operates an online banking platform that enables clients to bank from any location with Internet access. The retail line offers a full range of financial services products, including checking and savings accounts, loans and lines of credit, credit cards, and home loans.

Corporate banking serves larger business clients with customized banking, special financial services packages and relationship managers who act as liaisons between the client and the bank.

The real estate line provides residential and commercial construction loans and term loans of all sizes.

Executive banking is designed for clients who have attained a significant level of wealth. Executive banking clients are assigned a dedicated relationship manager to assist them with their banking needs. 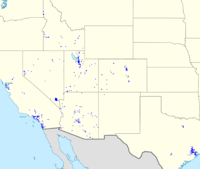 In a recent audit by the FDIC, Nevada State Bank received an Outstanding rating for its activities supporting the federal Community Reinvestment Act.

In conjunction with the Federal Home Loan Bank of San Francisco, the bank participates in the WISH and IDEA grant programs, which offer renters with low-to-moderate incomes the ability to become first-time homebuyers by matching funds for down payments and closing costs. It also participates with the Federal Home Loan Bank of San Francisco to fund several large community projects, including one that enabled the Las Vegas Rescue Mission to construct a new dining hall and dormitory. The bank’s programs focus on services ensuring that education, affordable housing, human services and recreational activities are available to all residents of Nevada. This is accomplished in a multitude of ways, including monetary contributions, grant sponsorship, city and county projects, and employee volunteerism.[8]

In addition to its web site, Nevada State Bank sponsors a website that serves as a free clearinghouse and resource center for small businesses and entrepreneurs, including links to webinars, articles, blogs, and other resources designed to provide businesses with the information they need.