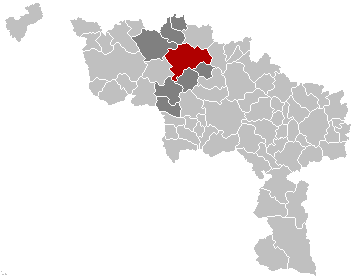 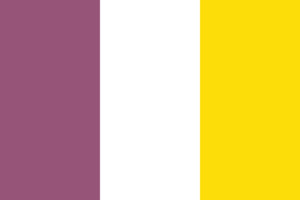 Ath is known as the "City of Giants" after the "Ducasse" festivities which take place every year on the fourth weekend in August. Huge figures representing , , and other allegoric figures are paraded through the streets, and Goliath's wedding and his famous fight with are re-enacted.

The archeological record proves the existence of several settlements in the Ath area. The origin of the city of Ath, however, dates from around 1160, when , bought some territory from his liegeman, Gilles de Trazegnies. A few years later, Baldwin built the Burbant Tower &ndash; which can still be seen today &ndash; to protect his new acquisition. The new city was soon given privileges and started attracting dwellers around its newly built (1325) market hall on the "Grand-Place".

Ath was the setting of the "Peace of Ath", signed on , to end the question of the Brabant succession. By then, the weekly Ath market, which took place &ndash; and still takes place &ndash; on Thursdays, had started attracting sellers from a much larger region. The production of linen, cloth, hide, and luxury items such as gold ware, cabinets, and sculptures was growing fast. The population growth necessitated the building of a second wall, which was completed at the end of the 14th century. In 1416, the city built a school for the study of , which attended. The city counted then about 5,000 people.

In 1667, Ath was conquered in a single day by the army of and became the first French city in the . Soon after, built new fortifications, which included no less than eight bastions. The city suffered again at the hands of the French army in 1745. At the end of the 18th century, Ath counted about 7,300 inhabitants but the population count decreased in the first half of the 19th century.

In 1824, the Dutch under King William I, built the Féron fort, and the city gained strategic value again. The final dismantlement of the fortifications a few years later freed much-needed land for the activities of a growing population. A new growth period took place between 1850 and 1914 thanks to the forestry, agricultural (breweries, mills) and textile industries.

In the 20th century, most of these industries went in decline and were replaced by commercial, administrative and educational activities. In the last 30 years, several neighbourhoods were revitalized and developed, and the city's monuments renovated or restored.

The Ghislenghien industrial park near Ath was the scene of one of Belgium's worst ever industrial disasters on , . Around 8:30am local time, workers constructing a new factory for s firm (a of the Electrolux Group [http://www.diamant-boart.com/] , [http://www.electrolux.com/node684.asp] ) reported a strong smell of gas. It is believed the gas was escaping from a high-pressure underground pipeline conveying natural gas from to , operated by gas transportation company . s were soon on the scene and were attempting to clear the area when at least two explosions occurred at around 9:00am. The strongest of these demolished the partly-built Diamant Boart structure, and fires were started in several other buildings. The official death-toll has risen to 23, with over 120 injured. Five volunteer firemen and one police officer were among the dead.

The cause of the leak has not yet been ascertained. After the explosion, damages by a construction machine were discovered on the exploded part of the pipeline and the adjacent parts. Probably these were the result of construction works a few weeks before the explosion. The pipeline probably ruptured completely on July 30, 2004 when operator Fluxys raised the pressure.

Ath is located along N56 road.

*, legendary saint, was according to one tradition born in Ath

* [http://www.loiseaulire.com/Hainaut/Ath.html Cercle Royal d'Histoire et d'Archéologie d'Ath et de la Région et Musées Athois] , an exhaustive list of references on the history of the Ath region, in French.
* [http://www.ath.be Official site of the city] , in French, Dutch, and English.
* [http://laducassedath01.skyblog.com The Ducasse of Ath] , in French.