Nagapattinam
This article is about the municipality in Tamil Nadu, India. For its namesake district, see Nagapattinam district.

Nagapattinam Tamil: நாகப்பட்டினம் (nākappaṭṭinam) (previously spelt Nagapatnam or Negapatam) is a town in the Indian state of Tamil Nadu and the administrative headquarters of Nagapattinam District. It is a prominent seaport on the east coast of India and an important centre of trade and commerce.

Sea-borne trade and fishing are the major sources of income for the town. There are also a number of pilgrimage sites and tourist destinations, notable amongst them being Sikkal Singaravelan Temple, Basilica of Our Lady of Good Health, the Nagore Dargah and Puhar. 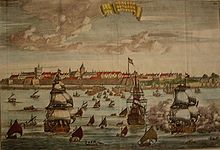 Ptolemy refers to Nagapattinam as Nikam and mentions it as one of the most important trade centres of the ancient Tamil country.

Nagappattinam was the headquarters of the region during Chola period and named after` Kshathiriya Sigamani (Raja Raja Cholan). Nagappathinam was also known as ‘Cholakula Vallippattinam’. The heritage of the town is found in the Burmese historical text of 3rd Century B.C,and gives evidences of a Budha Vihar built by the great Ashoka.

Nagapattinam was a Buddhist centre from 4th-5thth century CE. Its stupa dates from this era. Buddhism disappeared from this city as of an unknown date, but was revided as of the 9th cent. CE. (H.P.Ray, The Winds of Change, Delhi 1994, p. 142) In the 11th century CE, Chudamani Vihara, a Buddhist vihara (monastery) was built by Javanese king Sri Vijaya Soolamanivarman with the patronage of Raja Raja Chola.[1] “Animangalam Copperplate” of Kulothunga chola notes that “Kasiba Thera” [Buddhist Monk] Renovated the Buddhist temple in 6th century AD with the help of Buddhist monks of ‘Naga Nadu’. This ‘nagar annam vihar’ later came to be known as ‘Nagananavihar'.Buddhism flourished until 15th century CE and the buildings of the vihara survived until 18th century. In Chola's Empire, Nagapattinam was the prominent port of Cholas, who used this port not only for trade but also as conquering gateway to the east. This town still has traces of Saiva temples that were built by Cholas 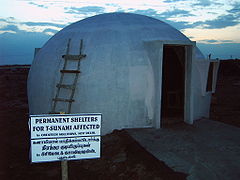 Nagapattinam was referred to by early writers and the Portuguese as "the city of Coromandel".[2] In the early 16th century the Portuguese started commercial contacts with the town and 1554 they established a commercial centre. In 1658, the Dutch establish the agreement between King Vijaya Nayakkar of Thanjavoor on 05-01-1662. The following ten villages were transferred from the Portugese to the Dutch, namely Nagappattinam Port, Puthur, Muttam, Poruvalancheri, Anthanappettai, Karureppankadu, AzhingiMangalam, Sangamangalam, Thiruthinamangalam, Manjakollai, Nariyankudi

Ten Christian churches and a hosptial were built by the Dutch. They also released coins with the name Nagappattinam engraved in Tamil letters. As per agreement between the first Maratta King ‘Egoji’ of Tanjore and the Dutch, Naagappattinam and surrounding villages were handed over to the Dutch on 30.12.1676. In 1690, the capital Dutch Coromandel changed from Pulicat to Nagapattinam, after work had been started on Fort Vijf Sinnen three years earlier.

Later this town fell into the hands of the British in 1781 after the two naval battles between British and French fleets were fought off the coast of Negapatam, as it was then known; the first in 1758 as part of the Seven Years War, and the second in 1782 as part of the American Revolutionary War. The town was taken by the British from the Dutch in 1781 (who had been formally brought into the war in 1780). When the Dutch and British reached a peace agreement in 1784, Nagapattinam was formally ceded to the British. 277 villages with Nagur as the Headquarters were handed over to the East India company. Gold coins bearing the names ‘Nagappattinam Varagan’ and ‘Nagappattinam chornam’ were in circulation during Tanjore Maratha Kings period. Thus the Nagappattinam has the history of over 2000 years for its credit.

From 1799 to 1845 it was the headquarters of Tanjore district. Today Nagappattinam remain the Head quarters of Nagappattinam District. Nagapattinam was one of the regions severely affected by the tsunami which followed the 2004 Indian Ocean earthquake.

The fishing boats at Nagapattinam

The main occupation of Nagapattinam is fishing in the waters of Bay of Bengal and selling them in the town's fish market. There are a large number of ice factories for preserving the fishes. The fishing Industry was severely damaged by the tsunamis that struck its coast on 26 December 2004.

Away from the coast of Nagapattinam, agriculture, education, food packing, etc. are practiced with agriculture being the most important occupation in the villages surrounding the town. It has vast farmlands where rice is cultivated. These farmlands are irrigated through an extensive network of canals from the tributaries of the river Cauvery. The produce is transported by rail to other parts of the country.

Cauvery Basin Refinery, a subsidiary of CPCL is located near Nagapattinam.

Nagapattinam lies on the eastern coast, 350 km south of the State capital Chennai, 20 km south of Karaikal, 145 km east of from Tiruchirappalli and 90 km east of Thanjavur. It is known for having one of the best harbors in the country and is considered a major pilgrimage centre having famous shrines of Hinduism, Christianity and Islam in nearby areas. With a salt swamp near it, Nagapattinam is also considered one of the most biodiverse regions of the country.

Velankanni is one of the most important pilgrimage centers for Christians in India. It is located just about 12 km away from Nagapattinam. Declared by the Pope as a Holy City, Velankanni has a special place in the pages of Christian history in India. The Arokiya Madha Church or the Velankanni Basilica is located in this town. People of all religions offer their worship at this Church. The annual carnival that takes place in the month of August and September is very famous. Tourists flock Velankanni during that period of the year.

Athibakta Nayanar - One among 63 Nayanmars was born in this town