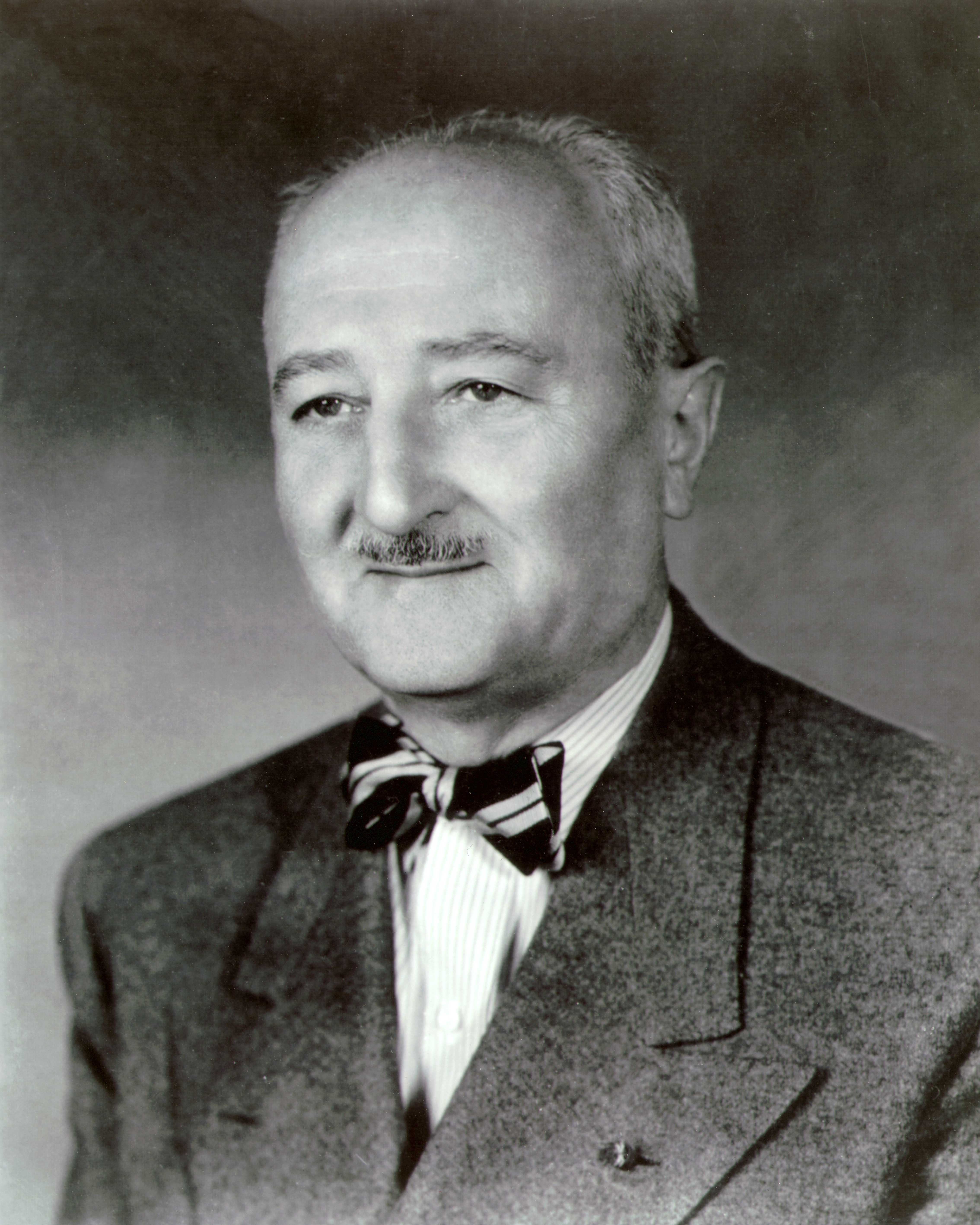 William Frederick Friedman (, &ndash; , ) was a US Army cryptologist. He ran the research division of the Army's (SIS) in the 1930s, and its follow-on services into the 1950s. In the late 1930s, subordinates of his led by broke 's cipher, thus disclosing Japanese diplomatic secrets in the era.

Friedman was born Wolfe Frederick Friedman in Kishinev, , the son of a postal worker who migrated to Pittsburgh in 1892. Three years later, his first name was changed to William. As a child, he was introduced to cryptography in the short story "" by . [Rosenheim, Shawn James. "The Cryptographic Imagination" Johns Hopkins University Press, 1997. p. 11] He studied at the Michigan Agricultural College (known today as ) in East Lansing and received a scholarship to work on at . Meanwhile , who ran a private research laboratory to study any project that caught his fancy, decided to set up his own genetics project and was referred to Friedman. Friedman joined Fabyan's outside Chicago in September 1915. As head of the Department of Genetics, one of the projects he ran studied the effects of moonlight on crop growth, and so he experimented with the planting of during various phases of the .

Another of Fabyan's pet projects was research into secret messages which Sir had allegedly hidden in various texts during the reigns of Elizabeth I and James I. The research was carried out by . She believed that she had discovered many such messages in the works of , and convinced herself that Bacon had written many, if not all, of Shakespeare's works. Friedman had become something of an expert photographer while working on his other projects, and was asked to travel to on several occasions to help Gallup photograph historical manuscripts during her research. He became fascinated with cryptology as he courted Elizebeth Smith, Mrs. Gallup's assistant and an accomplished cryptologist. They married, and he soon became director of Riverbank's Department of Codes and Ciphers as well as its Department of Genetics. During this time, Friedman wrote a series of 23 papers on cryptology, known as the "Riverbank publications", included the first description of the , an important mathematical tool for breaking ciphers.

With the entry of the United States into , Fabyan offered the services of his Department of Codes and Ciphers to the government. No Federal department existed for this kind of work (although both the Army and Navy had had embryonic departments at various times), and soon Riverbank became the unofficial cryptographic center for the US Federal Government. During this period the Friedmans cracked a code used by German-funded radicals in the US who planned to ship arms to to gain independence from Britain. Analysing the format of the messages, Riverbank realized that the code was based on a dictionary of some sort, a common cryptographic technique. The Friedmans soon managed to decrypt most of the messages, but only long after the case had come to trial did the book itself come to light: a German-English dictionary published in 1880.

The United States government decided to set up its own cryptological service, and sent Army officers to Riverbank to train under Friedman. In support of this program, Friedman produced a series of technical monographs, completing seven by early 1918. He then enlisted in the Army and travelled to to serve as the personal cryptologist for General . He returned to the US in 1920 and published an eighth monograph, "The Index of Coincidence and its Applications in Cryptography", considered by some to be the most important publication in modern cryptology to that time. His texts for Army cryptologic training were well thought of and remained classified for several decades.

In 1921 he joined the government's American Black Chamber, where he was placed in charge of researching new cryptographic systems and ways to break them, and in 1922 he was promoted to head the Research and Development Division. After the dissolution of the Black Chamber in 1929, Friedman moved to the Army's Signals Intelligence Service (SIS) in a similar capacity.

Friedman coined several terms, including "", meaning the study and practice of breaking codes and ciphers, and wrote many monographs on cryptology for use within the SIS (and its descendants).

During this period continued her own work in cryptology, and became famous in a number of cases involving the Coast Guard and during .

During the 1920s a series of new cipher machines gained popularity, based largely on attaching mechanics to basic electrical circuitry — batteries, switches and lights. An early example was the , designed in the US in 1915 by . This system offered such security and simplicity of use that Hebern heavily promoted it to investors, feeling that all companies would soon be using them. But his company went bankrupt when the war ended, and Hebern eventually landed in prison, convicted of stock manipulation.

Friedman realized that the new would be important, and devoted some time to analysing Hebern's design. Over a period of years he developed principles of analysis and discovered a number of problems common to most rotor-machine designs. Examples of some dangerous features included having the rotors step one position with each keypress, and positioning the fast rotor (the one that turns with every keypress) at either end of the rotor series. In this case, by collecting enough and applying a standard statistical method known as the , he showed that he could, albeit with great difficulty, crack any cipher generated by such a machine.

Friedman used his understanding of rotor machines to develop several that remained immune to his own attacks. The best of the lot, the — which was destined to become the US's highest-security cipher machine in — was co-invented by , a young mathematician whom Friedman had hired.

In 1939 the Japanese introduced a new cipher machine for their most sensitive diplomatic traffic, replacing an earlier system that SIS referred to as "RED." The new cipher, which SIS called "," proved difficult to crack. The Navy's cryptological unit (OP-20-G) and the SIS thought it might relate to earlier Japanese cipher machines, and SIS set about attacking it. After several months trying to discover underlying patterns in PURPLE ciphertexts, an SIS team led by Friedman and Rowlett, in an extraordinary achievement, figured it out. PURPLE, unlike the German Enigma or the Hebern design, did not use rotors but stepper switches like those in automated s. of SIS built a machine — as was later discovered, using the identical model of switch that the Japanese designer had chosen.

Thus, by the end of 1940, SIS had constructed an exact analog of the PURPLE machine without ever having seen one. With the duplicate machines and an understanding of PURPLE, SIS could decrypt increasing amounts of Japanese traffic. One such intercept was the message to the Japanese Embassy in Washington, D.C., ordering an end (on , ) to negotiations with the US. The message gave a clear indication of impending , and was to have been delivered to the US State Department only hours prior to the .

In 1941 Friedman was hospitalized with a "", generally attributed to the mental strain of his work on PURPLE. While he remained in hospital, a four-man team — and from SIS, and Lt. and Lt. from the U.S. Navy's — visited the British cryptological establishment at the "" in . They gave the British a PURPLE machine, in exchange for details on the design of the and on how the British decrypted the Enigma cipher.

However Freidman was to visit Bletchley Park in April 1943 and play a key role in drawing up the .

Following World War II, Friedman remained in government signals intelligence. In 1949 he became head of the code division of the newly-formed Armed Forces Security Agency (AFSA) and in 1952 became chief cryptologist for the (NSA) when it was formed to take over from AFSA. Friedman produced a classic series of textbooks, "Military Cryptanalysis", used to train NSA students. (These were revised and extended, under the title "", by Friedman's assistant and successor , and used to train many additional cryptanalysts.)

Friedman retired in 1956 and, with his wife, turned his attention to the problem that had originally brought them together: examining Bacon's codes. In 1957 they wrote "The Shakespearean Ciphers Examined", demonstrating flaws in Gallup's work and in that of others who sought hidden ciphers in Shakespeare's work. Records that Friedman had used to prepare "Six Lectures Concerning Cryptography and Cryptanalysis", which he delivered at NSA, were confiscated from his home by NSA security staff. His health began to fail in the late 1960s, and he died in 1969. Friedman's wife donated his archives to the [http://www.marshallfoundation.org/marshall_library_archives.html George C. Marshall Library] , which also was raided by NSA security.

Friedman has been inducted into the and has a building named after him and his wife, Elizebeth, at the NSA complex at Fort George G. Meade in Maryland.

Friedman has the distinction of having one of the longest known suppressed patent applications for US patent|6097812 for a "cryptographic system" (Filed , issued ).

* [http://www.nsa.gov/honor/honor00004.cfm NSA Hall of Honor page on Friedman]
* [http://www.giac.org/practical/gsec/Robert_Reeves_GSEC.pdf Colonel William F. Friedman (the Godfather of Cryptology)] by Robert A. Reeves
* [http://intellit.muskingum.edu/cryptography_folder/cryptogfriedman.html Bibliography of works both on and by Friedman]