The 2010 season began on February 27 with the first two games being played.[1]

Throughout the season, the Waratah Cup was once again contested, with competing teams from the Premier League, Super League, Division One and Division Two.

Teams promoted from Super League:
(After the end of the 2009 season.)

Teams relegated to Super League:
(After the end of the 2009 season.)

Top 5 qualify for the Finals Series

Loser is eliminated, winner goes on to face loser of Qualifying Final in week 2

Loser is eliminated, winner goes on to play loser of Semi Final 2 in Grand Final Qualifier in week 3

Loser is eliminated, winner goes through to Grand Final 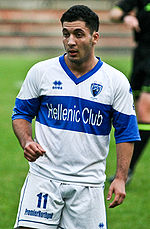 These are the attendance records of each of the teams at the end of the home and away season. The table does not include finals series attendances.