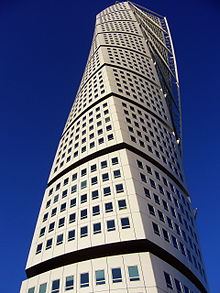 NCC AB is a Swedish construction company, the second largest in the Nordic region with annual revenues (2010) of 49 billion Swedish krona and about 17,000 employees.

The origins of NCC Construction go back to 1890 when Axel Johnson, a Swedish businessman, established "Nordstjernan" - the North Star. Later, this company became one of the leading Nordic shipping companies.

On June 9, 1988, the President sent a letter containing information about the merger and upcoming integration to the company’s 20,000 employees and to 30,000 business contacts.

Work on the new organization was largely completed by September 8, when 475 managers were appointed and a Group structure was established. Company President Torsten Eriksson settled the question concerning the location of the head office of Nordic Construction Company (NCC), as the joint company was to be called, when he selected ABV’s head office on Vallgatan in Solna. Four days later, Nordstjernan was listed on the stock exchange.

On September 20, 1988, Nordstjernan acquired all of the shares in NCC from JCC, upon which the construction operations of JCC and ABV were transferred to NCC.

Following the acquisition, JCC became a subsidiary of NCC and changed its name to NCC Bygg AB. Although the NCC Group was legally formed on January 1, 1989, JCC and ABV have been assembled under a single roof and a shared logo since October 15, 1988, when a joint graphic profile was launched.

NCC primarily conducts operations in the Nordic region. In the Baltic region, NCC mainly builds housing on a proprietary basis and in Germany single-family housing.

NCC’s Construction units construct residential and office properties, other buildings, industrial facilities, roads, civil-engineering structures and other types of infrastructure. The core business is conducted in the Nordic region, the Baltic countries and Germany.

NCC Housing develops and sells housing in selected markets in the Nordic region, the Baltic countries and Germany. The business area became operational on January 1, 2009. Up to the end of 2008, these operations were included in NCC’s Construction units.

NCC Roads supplies products and services used in and around roads. The business area’s range of operations extends across the entire value chain, from the production of aggregates and asphalt products to paving work and road service.

The products and methods used by NCC Roads are developed with the aim of increasingly reducing the environmental impact from operations. New energy-saving paving technologies, recycling of asphalt and alternative fuels are a few examples of these efforts. Through various initiatives, NCC Roads aims to contribute to more sustainable urban development.[1] NCC Roads produces six million tons of asphalt and 25 million tons of stone materials and aggregates each year. This makes us the Nordic region’s largest player in the asphalt and aggregates industry. The main market for NCC Roads is the Nordic region, where Sweden constitutes the single largest market. NCC Roads also has operations in St. Petersburg. In addition, aggregate products are exported to countries around the North Sea and the Baltic Sea.

NCC Property Development develops and sells commercial properties in defined growth markets in the Nordic countries and the Baltic region.

Turning Torso is located by the sea, within walking distance from the beach and the heart of downtown Malmö. When it opened its doors for occupancy in the spring of 2005, the spectacular building stood at a height of 190 meters, with a total of 54 stories.

The museum was designed by Månsson Dahlbäck Arkitektkontor and built by NCC.More about the project

The Öresund link, which is 16 kilometers long, is one of Scandinavia’s most important infrastructural achievements to date. It consists of three sections: a tunnel, a bridge and a manmade island that links together the tunnel and the bridge in the middle of the Öresund Strait. The bridge starts in Sweden and the tunnel in Denmark. NCC led the Øresund Tunnel Contractors, the international consortium that built the 3.7-kilometer-long Öresund Tunnel. More about the project