The 2010 Austin suicide attack occurred on 18 February 2010, when Andrew Joseph Stack III, flying his Piper Dakota, crashed into Building I of the Echelon office complex in Austin, Texas, United States,[4] killing himself and Internal Revenue Service manager Vernon Hunter.[5] Thirteen others were injured, two seriously. The Internal Revenue Service (IRS) field office was located in a four-story[6][7] office building along with other state and federal government agencies.[8] Prior to the crash, Stack had posted a suicide note dated 18 February 2010 to his business website.

Approximately an hour before the crash, Stack allegedly set fire to his $230,000[9] house located on Dapplegrey Lane in North Austin.[10][11] He then drove to a hangar he rented at Georgetown Municipal Airport, approximately 20 miles to the north.[12] He boarded his single-engine Piper Dakota airplane and was cleared to take off around 9:45 a.m. Central Standard Time.[8][13][14][15] He indicated to the control tower his flight would be "going southbound, sir."[16] After taking off his final words were "thanks for your help, have a great day."[17]

About ten minutes later his plane descended and collided at full speed into Echelon I, a building containing offices for 190 IRS employees, resulting in a large fireball and explosion.[8][18][19] The building is located near the intersection of Research Boulevard (U.S. Route 183) and Mopac Expressway (Loop 1). 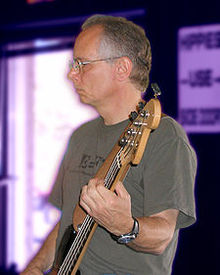 The plane was piloted by Andrew Joseph Stack III of the Scofield Farms neighborhood in North Austin, who worked as an embedded software consultant.[10][20][21] He grew up in Pennsylvania and had two brothers and two sisters, was orphaned at age four, and spent some time at a Catholic orphanage.[16] He graduated from the Milton Hershey School in 1974 and studied engineering at Harrisburg Area Community College from 1975 to 1977 but did not graduate.[22][23] His first marriage to Ginger Stack, which ended in divorce, produced a daughter, Samantha Bell.[16][24] In 2007 Stack had remarried to Sheryl Housh who had a daughter from a previous marriage.[16]

In 1985, Stack, along with his first wife, incorporated Prowess Engineering. In 1994, he failed to file a state tax return. In 1998, the Stacks divorced and a year later his wife filed Chapter 11 Bankruptcy, citing IRS liabilities totaling nearly $126,000. In 1995, Stack started Software Systems Service Corp, which was suspended in 2004 for non-payment of state taxes.[16] It was revealed in CNN and ABC news broadcasts by another software consultant who testified that the IRS had taken away a tax status for software consultants, which might have set off the incident with Stack.[25][26]

Stack obtained a pilot's license in 1994 and owned a Velocity Elite XL-RG plane, in addition to the Piper Dakota (aircraft registration N2889D) he flew into the Echelon building.[16] He had been using the Georgetown Municipal Airport for four and a half years and paid $236.25 a month to rent a hangar.[1] There has been speculation that Stack replaced seats on his aircraft with extra drums of fuel prior to the collision.[9]

Stack's accountant confirmed that he was being audited by the IRS for failure to report income at the time of the incident.[27]

In the suicide note, he begins by expressing displeasure with the government, the bailout of financial institutions, politicians, the conglomerate companies of General Motors, Enron and Arthur Andersen, unions, drug and health care insurance companies, and the Catholic Church.[31] He then describes his life as an engineer; including his meeting with a poor widow who never got the pension benefits she was promised, the effect of the Section 1706 of Tax Reform Act of 1986 on independent contractor engineers, the September 11 attacks airline bailouts that only benefited the airlines but not the suffering engineers and how a CPA he hired seemed to side with the government to take extra tax money from him. His suicide note included criticism of the FAA, the George W. Bush administration, and a call for violent revolt.

The suicide note also mentions, several times, Stack's having issues with taxes, debt, and the IRS and his having a long-running feud with the organization.[33] While the IRS also has a larger regional office in Austin, the field office located in Echelon I performed tax audits, seizures, investigations and collections.[33]

The suicide note ended with:[31]

Killed in the incident along with Stack was Vernon Hunter, a 68-year-old Revenue Officer Group Manager for the IRS.[5][34] Thirteen people were reported as injured, two of them critically. Debris from the crash reportedly struck a car being driven on the southbound access road of Route 183 in front of the building, shattering the windshield.[3] Another driver on the southbound access road of Route 183 had his windows and sunroof shattered during the impact, and had debris fall inside his car, yet escaped uninjured.[5][35] Robin Dehaven, a glass worker and former combat engineer for the United States Army, saw the collision while commuting to his job, and used the ladder on his truck to rescue five people from the building.[36] By coincidence, the Travis County Hazardous Materials Team — an inter-agency group of firefighters from outside the City of Austin — had just assembled for training across the freeway from the targeted building, observed the low and fast flight of Stack's plane, and heard the blast impact.[37] They immediately responded, attacking the fire and initiating search-and-rescue.[37] Several City of Austin fire engines for the area of the Echelon building were already deployed at the fire at Stack's home at the time of the impact.[37]

An inspection into the Echelon building's structural integrity was concluded six days after the incident and a preliminary decision was made to repair the building rather than demolish it.[40]

The United States Department of Homeland Security issued a statement saying that the incident did not appear to be linked to organized international terrorist groups.[8] White House spokesman Robert Gibbs reaffirmed what Homeland Security said, and that President Barack Obama was briefed on the incident.[41] The President expressed his concern and commended the courageous actions of the first responders.[41] The North American Aerospace Defense Command (NORAD) launched two F-16 fighter aircraft from Ellington Airport in Houston, Texas, to conduct an air patrol in response to the crash. That action was reported as standard operating procedure in this situation.[28]

The company hosting embeddedart.com, T35 hosting, took Stack's website offline "due to the sensitive nature of the events that transpired in Texas this morning and in compliance with a request from the FBI."[42][43] Several groups supporting Stack on the social networking website Facebook appeared following the incident and the news of the accompanying manifesto. These were immediately shut down by Facebook staff.[44][45][46]

Austin police chief Art Acevedo stated that the incident was not the action of a major terrorist organization. He also cited "some heroic actions on the part of federal employees" that "will be told at the appropriate time."[47]

The Federal Bureau of Investigation stated that it was investigating the incident "as a criminal matter of an assault on a federal officer" and that it was not being considered terrorism at this time.[48]

However, two members of the United States House of Representatives, both of whose districts include the Austin area, made statements to the contrary. Rep. Lloyd Doggett (D-Texas) stated, "Like the larger-scale tragedy in Oklahoma City, this was a cowardly act of domestic terrorism." Mike McCaul (R-Texas), told a reporter that, "it sounds like it [was a terrorist attack] to me." Nihad Awad, the Executive Director of the Council on American-Islamic Relations (CAIR), is also asking the federal government to classify this as an act of terrorism. In a statement on February 19, he said, "Whenever an individual or group attacks civilians in order to make a political statement, that is an act of terror. Terrorism is terrorism, regardless of the faith, race or ethnicity of the perpetrator or the victims. If a Muslim had carried out the IRS attack, it would have surely been labeled an act of terrorism."[49] Georgetown University Professor Bruce Hoffman stated that for this to be considered an act of terrorism, "there has to be some political motive and it has to send a broader message that seeks some policy change. From what I've heard, that doesn't appear to be the case. It appears he was very mad at the [IRS] and this was a cathartic outburst of violence. His motivation was the key."[50] A USA Today headline used the term "a chilling echo of terrorism."[19]

Citing the copy of Joseph Stack's suicide note posted online,[31] the liberal Daily Kos website observed that, "Obviously Stack was not a mentally healthy person, and he was embittered at capitalism, including crony capitalism, and health insurance companies and the government." They also stated that Stack could not be connected with the popular Tea Party movement, but argued that the incident "should inject a bit of caution into the anti-government flame-throwers on the right."[51] The website Ace of Spades HQ disputed any connection to the movement and additionally stated Stack was not "right wing", citing Stack's criticism of politicians for not doing anything about health care reform.[52]

In an interview with ABC's Good Morning America, Joe Stack's adult daughter, Samantha Bell, who now lives in Norway, stated that she considered her father to be a hero, because she felt that now people might listen. While she does not agree with his specific actions involving the plane crash, she does agree with his actions about speaking out against "injustice" and "the government."[24] Bell subsequently retracted aspects of her statement, saying her father was "not a hero" and adding, "We are mourning for Vernon Hunter."[53]

Five days after her husband Vernon Hunter's death, Valerie Hunter filed a wrongful death lawsuit against Sheryl Mann Stack, Andrew Joseph Stack's widow in District Court. The lawsuit alleges that Sheryl had a duty to "avoid a foreseeable risk of injury to others," including her late husband and failed to do so by not warning others about her late husband. The lawsuit also mentions that Stack was required by law to fly his plane at an altitude 1,000 feet above the highest obstacle.[54] At a March 8, 2010 benefit event, Stack's widow Sheryl publicly offered condolences for the victims of the attack.[55]

Iowa congressman Steve King (R-Iowa) has made several statements regarding Stack including "I think if we’d abolished the IRS back when I first advocated it, he wouldn’t have a target for his airplane. And I’m still for abolishing the IRS, I’ve been for it for thirty years and I’m for a national sales tax (in its place)."[56][57]

Noted libertarian socialist American intellectual Noam Chomsky cited Joe Stack's suicide letter as indicative of some of the public sentiment in the U.S., stated that several of Stack's assertions are accurate or based on real grievances, and urged people to "help" the Joseph Stacks of the world get involved in constructive popular movements instead of letting the Joseph Stacks "destroy themselves, and maybe the world," in order to prevent a process similar to how legitimate and valid popular grievances of the German people in the 1920s and 1930s were manipulated by the Nazis towards violence and away from constructive ends.[58][59]

The Internal Revenue Service formally designates certain individuals as potentially dangerous taxpayers (PDTs). In response to an inquiry after the attack, an IRS spokesperson declined to state whether Stack had been designated as a PDT.[60]