WTOK-DT2 is the MyNetworkTV-affiliated television station for Meridian, Mississippi. The station is a second digital subchannel of ABC affiliate WTOK-TV owned by Gray Television. Over-the-air, it broadcasts a standard definition digital signal on VHF channel 11.2 from a transmitter south of Meridian on Crestview Circle (along MS 145/Roebuck Drive) in unincorporated Lauderdale County. Known on-air as myTOK2, the station can also be seen on Comcast channel 2. Syndicated programming on WTOK-DT2 includes Family Guy, Two and a Half Men, Friends and Family Feud among others. Overnight, it airs paid programming from Jewelry Television.

WTOK-DT2's parent station has studios on 23rd Avenue in Meridian's Mid-Town section. The station signed-on in early-2006 as the market's first locally-based Fox affiliate. Known on-air as "Fox Meridian", it could also be seen on Comcast channel 10 and in high definition on digital channel 434. WTOK had previously served as a partial Fox affiliate in the mid-1990s carrying NFL broadcasts as well as selected Fox programming in late night time-slots. Otherwise, access to the network was provided through its national service Foxnet and WDBB in Tuscaloosa, Alabama on cable.

Starting September 5, 2006, it began airing programming from Fox's new sister network MyNetworkTV. Shows from that network aired Monday through Saturday nights from 9 until 11 in a delayed arrangement. After NBC affiliate WGBC acquired the area's Fox affiliation in late-2008, WTOK-DT2 became known as "myTOK2" to reflect the stations shift to primary MyNetworkTV affiliation. At this point, overnight programming from The Sportsman Channel was dropped and Jewelry Television took its place. It also moved from Comcast channel 10 to channel 2 and surrendered the digital channel 434 allotment to WGBC. 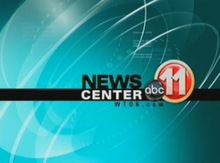 WTOK-DT2 does not currently offer any live newscasts produced by its parent station (such as in prime time at 9). There is, however, a repeat of Good Morning Meridian from 7:30 until 9 on weekday mornings. Every morning at Midnight, there is a rebroadcast of the previous night's edition of NewsCenter 11 at 10.