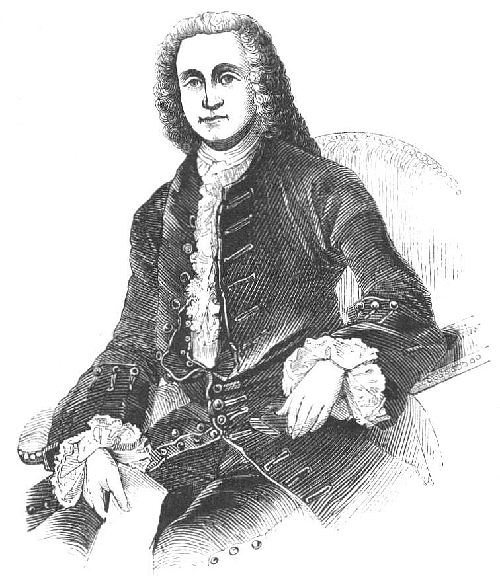 Grenville was the second son of Richard Grenville and Hester Temple (later the 1st Countess Temple). His elder brother was Richard Grenville-Temple, later the 2nd Earl Temple. Grenville received his education at and at , and was called to the bar in 1736. He entered Parliament in 1741 as member for Buckingham, and continued to represent that borough till his death.

In Parliament he subscribed to the "Boy Patriot" party which opposed Sir . In December 1744 he became a lord of the in the administration of . He allied himself with his brother Richard and with William Pitt the Elder (Richard's brother-in-law) in forcing their leader to give them promotion by rebelling against his authority and obstructing business. In June 1747 Grenville became a , and in 1754 and Privy Councillor.

As Treasurer of the Navy in 1758 he introduced and carried a bill which established a fairer system of paying the wages of seamen. He remained in office in 1761, when Pitt (by then created ) resigned upon the question of the war with Spain, and in the administration of Lord Bute functioned as . In May 1762 he was appointed , and in October First Lord of the Admiralty; and in April 1763 he became and .

Prominent measures of his administration included the prosecution of and the passing of the American , which led to the first symptoms of alienation between American colonies and Great Britain. The king made various attempts to induce Pitt to come to his rescue by forming a ministry, but without success, and at last had recourse to Lord Rockingham. When Rockingham agreed to accept office, the king dismissed Grenville (July 1765). He never again held office.

The nickname of "gentle shepherd" was given him because he bored the House by asking over and over again, during the debate on the , that somebody should tell him "where" to lay the new tax if it was not to be put on cider. Pitt whistled the air of the popular tune "Gentle Shepherd, tell me where", and the House laughed. Though few surpassed him in a knowledge of the forms of the House or in mastery of administrative details, he lacked tact in dealing with people and with affairs.

In 1749 Grenville married Elizabeth Wyndham (before 1731-5 December 1769), daughter of Sir William Wyndham, by whom he had seven children:

tyles from birth to death

*1911
*"The Grenville Papers, being the Correspondence of Richard Grenville, Earl Temple, K.G., and the Right Hon. George Grenville, their Friends and Contemporaries", were published at London in 1852, and afford the chief authority for his life. But see also 's "Memoirs of the Reign of George II" (London, 1845); Lord Stanhope's "History of England" (London, 1858); Lecky's "History of England" (1885); and ED Adams, "The Influence of Grenville on Pitt's Foreign Policy" (Washington, 1904).