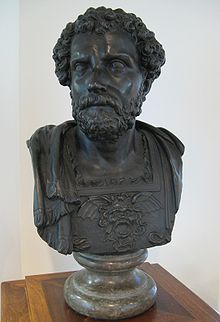 An original 17th century portrait of Hannibal. Donated to the Museum by Judge John C. Currelley in honour of his mother, Mary Newton Currelly.

The Museum of Antiquities is an archaeological museum at the University of Saskatchewan. It opened in 1974 to provide an opportunity to study ancient works. The Museum currently features a variety of Greek and Roman sculpture, and contains a collection of Near Eastern, Egyptian, Byzantine, and Medieval art. It is one of only a handful of museums of its kind in Canada.

The museum was originally opened in 1974 by Professor Nicholas Gyenes and Professor Michael Swan. It moved to the Murray Library on the U of S campus and was officially opened to the public as the Museum of Antiquities in 1981. Catherine Gunderson became the first curator and director of the museum at this time. It began as a way to study Ancient Greek and Roman art, but has since evolved to include a wide range of statues.

The Museum outgrew its space in the Murray Library, so in 2005 it moved to the renovated College Building.

Tracene Harvey became the director in 2009.

The long range aim of the Museum is to offer a reliable and critical account of the artistic achievements of major epochs and civilizations, especially in the field of sculptural art. The first logical step in this endeavor was the presentation of a dependable picture of ancient Greek and Roman art as the foundation of much later western art. Since then, the collection has been expanded to include items from the ancient Near East and Egypt, and the early Medieval period. Future plans include: 1) the systematic rounding out of the present collection; 2) beginning new series which will include the renaissance; 3) enhancing the usefulness of the collection through improved visual displays.[1]

The Museum's pieces mainly consist of plaster cast replicas, making the collection one of a few cast collections in Canada, and the only one in Saskatchewan. The collection has replicas of several famous pieces, such as the Rosetta Stone and the Venus de Milo.[2]

The collection does feature some original sculpture. The highlight is the 17th century portrait of Hannibal. Other original pieces include a storage amphora, and a false door.

The Museum also has a volunteer program for university students to allow them to learn about researching for and running a museum.

The current display is called "Sex and the City." It portrays the use of sexual images in Roman domestic space.

The Museum has recently partnered with the Canadian Light Source to research ancient coins.[4]