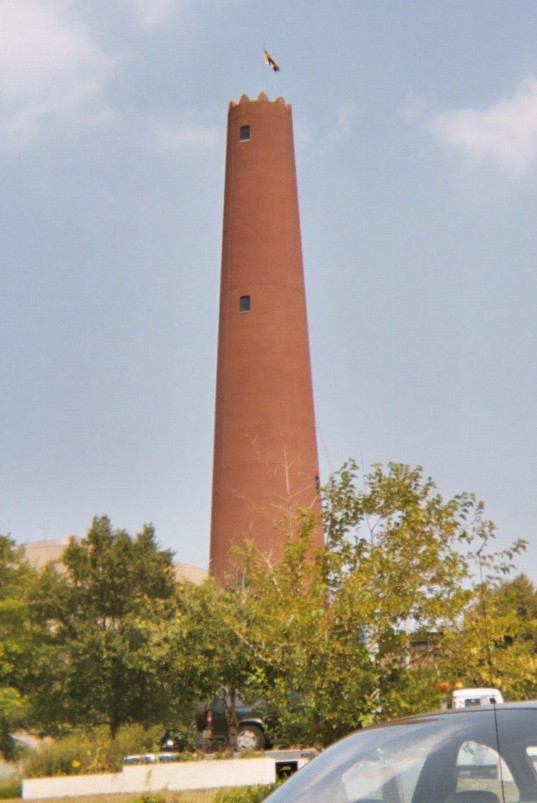 The Shot Tower lends its name to the nearby Shot Tower/Market Place station on the Baltimore Metro Subway.

The tower was built by Jacob Wolfe

The circular brick structure's walls are 4.5 feet thick from the bottom to about 50 feet up; then they narrow in stages of 4 inches each, until at the top the thickness is 21 inches.

:"For more information on this process, see ."Molten lead was dropped from a platform at the top of the tower, through a sieve-like device, into a vat of cold water at the bottom of the tower,

The tower stopped producing shot in 1892, when a new method of making shot made the tower obsolete. It re-opened for a brief period of production at the beginning of the twentieth century, and then closed for good.

The tower remained the tallest structure in the United States until 1846, when was erected.

The shot tower was originally owned by the Merchant's Shot Tower Company. The company closed in 1898.

In 1921 the tower was purchased for $14,500 by the , which planned to tear it down and put a gas station in its place. After strong objections by the community, by 1928 enough money had been raised to purchase the tower and present it to the City of Baltimore.