Toby Victor Mott (born 12 January 1964) is a British artist,designer and sometime Punk historian known for his work with the Grey Organisation, an artists' collective that was active in the 1980s, and for his fashion brand Toby Pimlico.[1] More recently he has won acclaim for the Mott Collection,[2] an archive of UK punk rock and political ephemera that includes over 1,000 posters, flyers and fanzines.[3] 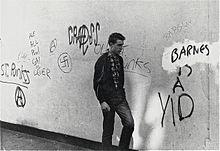 Toby Mott was born in London 1964.[4] He attended several schools, including Pimlico Comprehensive where he shared a classroom with the screen writer Amy Jenkins and Patrick Harrington an infamous leading member of the National Front. He later studied art at Westminster Kingsway College. Mott was a founder member of the ASA (Anarchist Street Army, a late 1970s organisation that caused disturbances in the Pimlico area of London).[5]

In the early 1980s he lived at the Carburton Street squats in Fitzrovia, a centre of artistic activity at the time - other residents included Boy George, Marilyn (singer), Cerith Wyn Evans, Fiona Russell-Powell and Mark Lebon. During this period Mott appeared in a number of films made by the British director Derek Jarman, notably The Angelic Conversation and also appearing in Gilbert & George's “Exister” pieces from 1984, currently in the Tate Collection.

In the late 1980s and early 1990s he was based in New York and Los Angeles working as an art director for MTV and making music videos for various groups, among them Public Enemy, A Tribe called Quest and The Rolling Stones. He also produced album cover graphics for De La Soul's 3 Feet High and Rising[6] and the Information Society (band).[7]

The Anarchist Street Army (ASA) was a loose collective of young punks and anarchists from several inner city London Schools including Pimlico Comprehensive and Camden School for Girls, who congregated around an independent record shop on Wilton Road called Recordsville and attended Crass concerts.[5] Their motives as an organisation were varied, but had a general ethos of bringing anarchy and chaos to the London streets, such as crashing Capital Radio's Nicky Horne show in an attempt to save the Roxy,[8] and were a forerunner to later organisations with similar attitudes such as Class War, The Wombles, and protest tactics like Black Bloc. The ASA's motto and anthem was 'Running Riot' a punk rock song by the band Cock Sparrer,[9] later adopted by Right Wing factions within the Oi! movement.

The Grey Organisation: Alive and Awake

Mott was a co-founder of the East London art group the Grey Organisation (GO) who were active from 1983 to 1991. GO worked in several mediums including film and video and participated in over 20 international exhibitions.[10] In January 1985 the group committed an act of "art terrorism"[11] by smuggling one of their paintings into the International Contemporary Arts Fair in London. The following year they mounted an attack on Cork Street, then the centre of the London art world, splashing grey paint on the windows of a number of galleries. After this, members of the group were arrested and for a time banned from central London. This resulted in them relocating to New York City where they exhibited at The Civilian Warfare Gallery in the East Village. When GO disbanded in 1991, Mott pursued a solo career[12] exhibiting at White Columns NYC, The Thomas Soloman Garage, Los Angeles and Interim Art, London. He was for many years represented by the Maureen Paley gallery.[13]

In September 2011 Toby Mott produced a series of paintings inspired by the 2011 England riots, the resulting exhibition 'Unrest' was exhibited at Vegas Gallery, London. Many of the paintings in the exhibition were brandished with the slogan 'All Coppers Are Bastards' in gold leaf a reference to the legendary punk/political slogan. Mott said of this exhibition “I was going to call the exhibition, ‘I’ll keep looting until I get caught’— a quote from a looter but which could equally apply to a banker, [T]hose at the bottom are taking their lead from those at the top; although the rioters act in a cruder way, it is essentially the same thing.”[14]

In October 2011 Knightsbridge gallery New Contemporary presented a solo exhibition of paintings by Mott entitled 'This Means Everything'. "The show is comprised of collection of new paintings addressing our culture's present preoccupation with fame and success versus the historical background of nihilism and anarchy as epitomised by the punk movement."[15][16][17]

Mott began his collection in the late 1970s. In addition to the iconic works of the era, notably those produced by Jamie Reid for The Sex Pistols and Linder Sterling for the Buzzcocks, it includes propaganda from political groups such as Rock Against Racism and the British National Front and memorabilia from the Silver Jubilee of Elizabeth II, an event that collided with punk's high watermark in 1977.

In a A Punk's Journey, an essay by Mott which appears in Loud Flash, he writes: "In 1977 my bedroom was covered in posters, flyers and shelves of records and fanzines, and when I left home these significant symbols of my past were stored away. In 1997 I returned from living in America and started to add to my collection. I appreciated the visual immediacy which never seemed tired or dated. The ideals of self empowerment, motivation, action and common cause are evident throughout [the collection]. To me they are the spirit of punk". 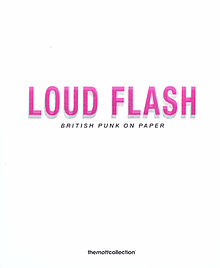 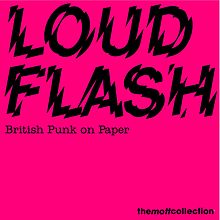 Exhibitions of the Mott Collection include: 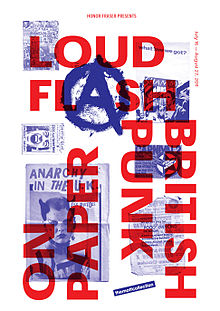 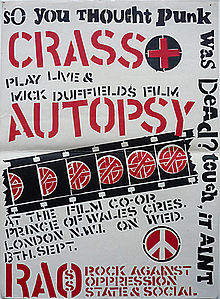 In February 2011 Mott exhibited another part of his collection, Crass, selections from The Mott Collection, an exhibition of over 130 objects and artifacts centered on the anarchic, self-produced culture of the British band Crass, featuring significant pieces by Gee Vaucher, and the influential Crass logo by Dave King, Roth gallery, New York.[26][27] The exhibition featured artwork, albums and ephemera, including original 12” LPs and EPs, 7” singles from Crass Records, and a complete set of Crass’ iconic house zine, Inter-National Anthem. 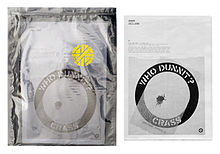 The material featured in the exhibition spanned the high period of Crass’ endeavors, from 1978 to 1984, and constitutes a special segment of The Mott Collection. Says Mott: "Crass ended its own story in 1984 a suitable Orwellian demise - but while active they were nothing but authentic, inspiring and principled in a cynical age, answering to no one but themselves." 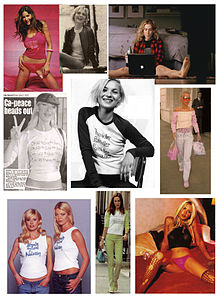 Toby Pimlico is a fashion label based on paintings by Toby Mott.

Mott began making paintings based on detention school ‘lines’ such as “I Will Try Harder”; these were then transferred onto t-shirts, transforming them into a recognisable design motif. He came up with the brand name, Toby Pimlico, and an initial six designs, including “I Must Not Chase the Boys” and “I Have Nothing To Wear”.[29]

The T-shirts began to have a cult following after being worn by Kate Moss, the actress Sienna Miller,[30] Geri Halliwell from The Spice Girls and It Girl Tara Palmer-Tomkinson.

The label also received praise from the Prince of Wales.[31]

Other slogans are used to promote social consciousness, such as the Marie Curie-inspired 'love you to death.'[32]

The Brand now includes a range of tea towels, maternity wear and knickers.[29]

In 2005, Mott was involved in an incident with a "gang" of youths near his home in Notting Hill Gate; according to the British newspaper The Daily Mail, Mott called the police after the assault and told them he was carrying CS gas for his own protection.[33] He was then arrested for possession of a weapon and held for 11 hours at high-security Paddington Green police station.

Mott divorced celebrity hairdresser Louise Galvin in 2008 after one year of marriage,[34] as reported in the Evening Standard. Mott met Galvin through a mutual friend, she was already several months pregnant when they married.[29] "The marriage was never going to work, I discovered Louise had matching Louis Vuitton luggage" says Mott.[29]