The "Molecular structure of Nucleic Acids: A Structure for Deoxyribose Nucleic Acid" was an article published by James D. Watson and Francis Crick in the scientific journal Nature in its 171st volume on pages 737–738 (dated April 25, 1953).[1] It was the first publication which described the discovery of the double helix structure of DNA. This discovery had a major impact on biology, particularly in the field of genetics.

This article is often termed a "pearl" of science because it is brief and contains the answer to a fundamental mystery about living organisms. This mystery was the question of how it was possible that genetic instructions were held inside organisms and how they were passed from generation to generation. The article presents a simple and elegant solution, which surprised many biologists at the time who believed that DNA transmission was going to be more difficult to detail and understand.

The nature of the discovery 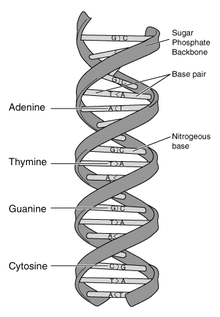 Figure 2. Diagramatic representation of the key structural features of the DNA double helix. This figure does not depict B-DNA.

Watson and Crick's 1953 article contains the answer to a fundamental mystery about living organisms.[citation needed] The nature of their discovery was distinctive and in some ways unsurprising. What is hidden in the technical jargon of the title is that Watson and Crick's discovery of the chemical structure of DNA finally revealed how genetic instructions are stored inside organisms and passed from generation to generation.

The application of physics and chemistry to biological problems led to the development of molecular biology. Not all biology that concerns molecules falls into the category that is labelled "molecular biology".[citation needed] Molecular biology is particularly concerned with the flow and consequences of biological information at the level of genes and proteins. The discovery of the DNA double helix made clear that genes are functionally defined parts of DNA molecules and that there must be a way for cells to make use of their DNA genes in order to make proteins.

Max Delbrück was a physicist who recognized some of the biological implications of quantum physics. Delbruck's thinking about the physical basis of life stimulated Erwin Schrödinger to write the highly influential[who?] book, What Is Life? Schrödinger's book was an important influence on Francis Crick, James D. Watson, and Maurice Wilkins who won a Nobel prize in Medicine for the discovery of the DNA double helix. Delbruck's efforts to promote the "Phage Group" (exploring genetics by way of the viruses that infect bacteria) was important in the early development of molecular biology in general and the development of Watson's scientific interests in particular.[3]

Figure 3. DNA replication. The two base-pair complementary chains of the DNA molecule allow for replication of the genetic instructions.

The "specific pairing" is a key feature of the Watson and Crick model of DNA, the pairing of nucleotide subunits.[4] In DNA, the amount of guanine is equal to cytosine and the amount of adenine is equal to thymine. The A:T and C:G pairs are structurally similar. In particular, the length of each base pair is the same and they fit equally between the two phosphate backbones (Figure 2). The base pairs are held together by hydrogen bonds, a type of chemical attraction that is easy to break and easy to reform. After realizing the structural similarity of the A:T and C:G pairs, Watson and Crick soon produced their double helix model of DNA with the hydrogen bonds at the core of the helix providing a way to unzip the two complementary strands for easy replication: the last key requirement for a likely model of the genetic molecule.

Indeed, the base-pairing did suggest a way to copy a DNA molecule. Just pull apart the two phosphate backbones, each with its hydrogen bonded A, T, G, and C components. Each strand could then be used as a template for assembly of a new base-pair complementary strand.

When Watson and Crick produced their double helix model of DNA, it was known that most of the specialized features of the many different life forms on Earth are made possible by proteins. Structurally, proteins are long chains of amino acid subunits. In some way, the genetic molecule, DNA, had to contain instructions for how to make the thousands of proteins found in cells. From the DNA double helix model, it was clear that there must be some correspondence between the linear sequences of nucleotides in DNA molecules to the linear sequences of amino acids in proteins. The details of how sequences of DNA instruct cells to make specific proteins was worked out by molecular biologists during the period from 1953 to 1965. Francis Crick played an integral role in both the theory and analysis of the experiments that led to an improved understanding of the genetic code.[5]

Other advances in molecular biology stemming from the discovery of the DNA double helix eventually led to ways to sequence genes. James Watson played an important role in getting government funding for the Human Genome Project.[citation needed] The ability to sequence and manipulate DNA is now central to the biotechnology industry and modern medicine. The austere beauty of the structure and the practical implications of the DNA double helix combined to make Molecular structure of Nucleic Acids; A Structure for Deoxyribose Nucleic Acid one of the most prominent biology articles of the twentieth century.

Much of the data that were used by Crick and Watson came from unpublished work by Maurice Wilkins, Rosalind Franklin, A.R. Stokes, and H.R. Wilson at King's College London in the University of London. Key data from Wilkins, Stokes, and Wilson, and, separately, by Franklin and Gosling, were published in two separate additional articles in the same issue of Nature with the article by Watson and Crick.[6][7] The article by Watson and Crick did acknowledge that they had been "stimulated" by experimental results from the King's College researchers, and a similar acknowledgment was published by M. H. F. Wilkins, A.R. Stokes, and H. R. Wilson in the following three-page article.

In 1968, Watson published a highly controversial[8][9] autobiographical account of the discovery of the double-helical, molecular structure of DNA called The Double Helix, and which was not accepted—at least publicly—either by Francis Crick or by M.H.F. Wilkins. Furthermore, Erwin Chargaff also printed a rather "unsympathetic review" of James D. Watson's booklet in the March 29, 1968 issue of Science. In his `autobiographical' booklet, Watson stated among other things that he and Crick had access to some of Franklin's data from a source that she was not aware of, and also that he had seen—without her permission—the B-DNA X-ray diffraction pattern obtained by Franklin and Gosling in May 1952 at King's in London. In particular, in late 1952, Dr. Franklin had submitted a progress report to the Medical Research Council, which was reviewed by Dr. Max Perutz, then at The Cavendish Laboratory of the University of Cambridge, UK. Watson and Crick also worked in the MRC-supported Cavendish Laboratory in Cambridge whereas Drs. Wilkins and Franklin were in the MRC supported laboratory at King's in London. Such MRC reports were not usually widely circulated, but Crick read a copy of Dr. Franklin's research summary in early 1953.[10][11]

Max Perutz's justification for passing this information to both Crick and Watson was that the report contained information which Watson has previously heard in November 1951 when Dr. Franklin talked about her unpublished results with Raymond Gosling during a meeting arranged by Dr. M.H.F. Wilkins at King's College, following a request from Crick and Watson; this justification does not hold however for Crick who was not present at this November 1951 meeting, but who also was given access by Max Perutz to Franklin's MRC report data which prompted Crick and Watson to seek permission from Sir Lawrence Bragg--who was at the time the head of the Cavendish Laboratory in Cambridge—to publish in Nature their double-helix molecular model of DNA based on Franklin's and also Wilkins's data. Moreover, in November 1951 Watson had acquired—by his own admission—little training in X-ray crystallography, and therefore had not fully understood (again, according to his own admission, in "The Double Helix") what Dr. Franklin was saying about the structural symmetry of the DNA molecule. Crick, however, knowing the Fourier transforms of Bessel functions that represent the X-ray diffraction patterns of helical structures of atoms, correctly interpreted further one of Dr.Franklin's experimental findings as indicating that DNA was most likely to be a double helix with the two polynucleotide chains running in opposite directions. Crick was thus in a unique position to make this interpretation because he had previously worked on the X-ray diffraction data for other large molecules that had similar, helical symmetry to that of DNA. Dr. Franklin, on the other hand, rejected at first the molecular model building approach proposed by Crick and Watson because their first DNA model presented by Watson to her and Dr. M.H.F. Wilkins in 1952 in London had an obviously incorrect structure with hydrated charged groups on the inside of the model, rather than on the outside, as explicitly admitted by James D. Watson in his "Double Helix" booklet.[12] It is therefore questioned whether Crick's colleague, Dr.Max Perutz, acted unethically[13] by allowing Crick access to Dr. Franklin's MRC report about the crystallographic unit of the B-DNA and A-DNA structures. Dr. Perutz claimed, however, that he believed he had not because this report was not confidential, and had been designed as part of an effort to promote contact between different MRC research groups.[14]

Books about the discovery of the double-helical structure of DNA

Online versions of the article