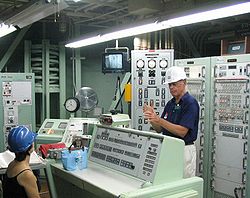 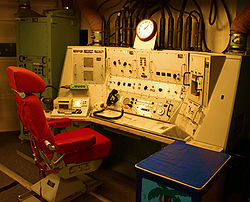 All LCCs were dependent on a missile support base (MSB) for logistics support. For example, Minot AFB is the MSB for the 91st Missile Wing. This is important to note, for some wayward maintenance crews have strayed from their MSB/missile complex, into another base's complex unwittingly.

There are four configurations of the LCC, differing primarily in the amount and location of communications equipment. Functionally, there are three LCC designations. One Alternate Comniand Post (ACP) LCC is located within each Minuteman wing and serves as backup for the wing command post. Three Squadron Command Posts (SCPS) serve as command units for the remaining squadrons within the wing, and report directly to the wing command post. The ACP doubles as SCP for the squadron it is located within. The remainder of the LCCS (16) are classified as primary LCCS. Four primary LCCS are located within each squadron and report to their respective command post. 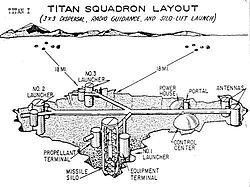 Layout of a Titan I squadron

Titan II had a three story LCC dome. The first level was the crews living area and contained a kitchen, bathroom, bedroom, and a small equipment area that housed an exhaust fan and a water heater. The second level was the launch control area and held the LCCFC (Launch Control Complex Facility Console, the main launch console), the ALOC (Alternate Launch Officer Console), the Control Monitor Group (monitored the missile), and several other pieces of equipment. The lowest level, level 3, held communications equipment, the two battery backup supplies, the sewage lift station, the motor-generator, and several other pieces of equipment.

There were two types of Titan II sites: standard, and ACP (alternate command post) sites. ACPs had all of the equipment that one would find on a standard site plus additional communication equipment.

The LCC is an underground structure of reinforced concrete and steel of sufficient strength to withstand weapon effects. It contains equipment and personnel capable of controlling, monitoring, and launching 50 missiles in the unmanned launch facilities within the squadron.

The LCC outer structure is cylindrical with hemispherical ends. Walls are approximately 4.5 feet thick. A blast door permits entry into the LCC from the tunnel junction. An escape hatch 3-ft in diameter is located at the far end of the LCC. The escape hatch and associate tunnel are constructed to withstand weapon effects and allow personnel egress in the event of damage to the vertical access shaft. Essential LCC launch equipment along with the missile combat crew are located in a shock isolated room suspended within the blast−proof outer structure. The room is steel and suspended as a pendulum by four shock isolators (see picture below). 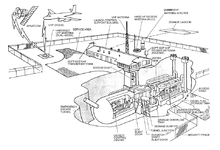 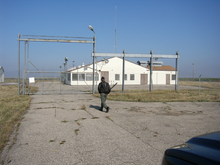 Command-data Buffer (CDB) was a configuration for early Minuteman missiles. The overall layout of the LCC did not change through the upgrade to REACT, however there are some major equipment changes.

As of 2006, all Minuteman LCCs were modified to handle the LCC Netlink upgrade. The Netlink system brought internet access underground for missile combat crews.[1]

Previously, each MAF was equipped with the ICBM SHF Satellite Terminal (ISST) communications system. This system has since been deactivated, with Francis E. Warren Air Force Base being the first to completely remove the system components.

The Peacekeeper LCCs were just non-REACT modified CDB LCCs. Instead of replacing the command and control equipment, the 'old' Minuteman CDB C2 system was modified for the 50 Peacekeeper ICBMs.