Fields of the Nephilim

Fields of the Nephilim 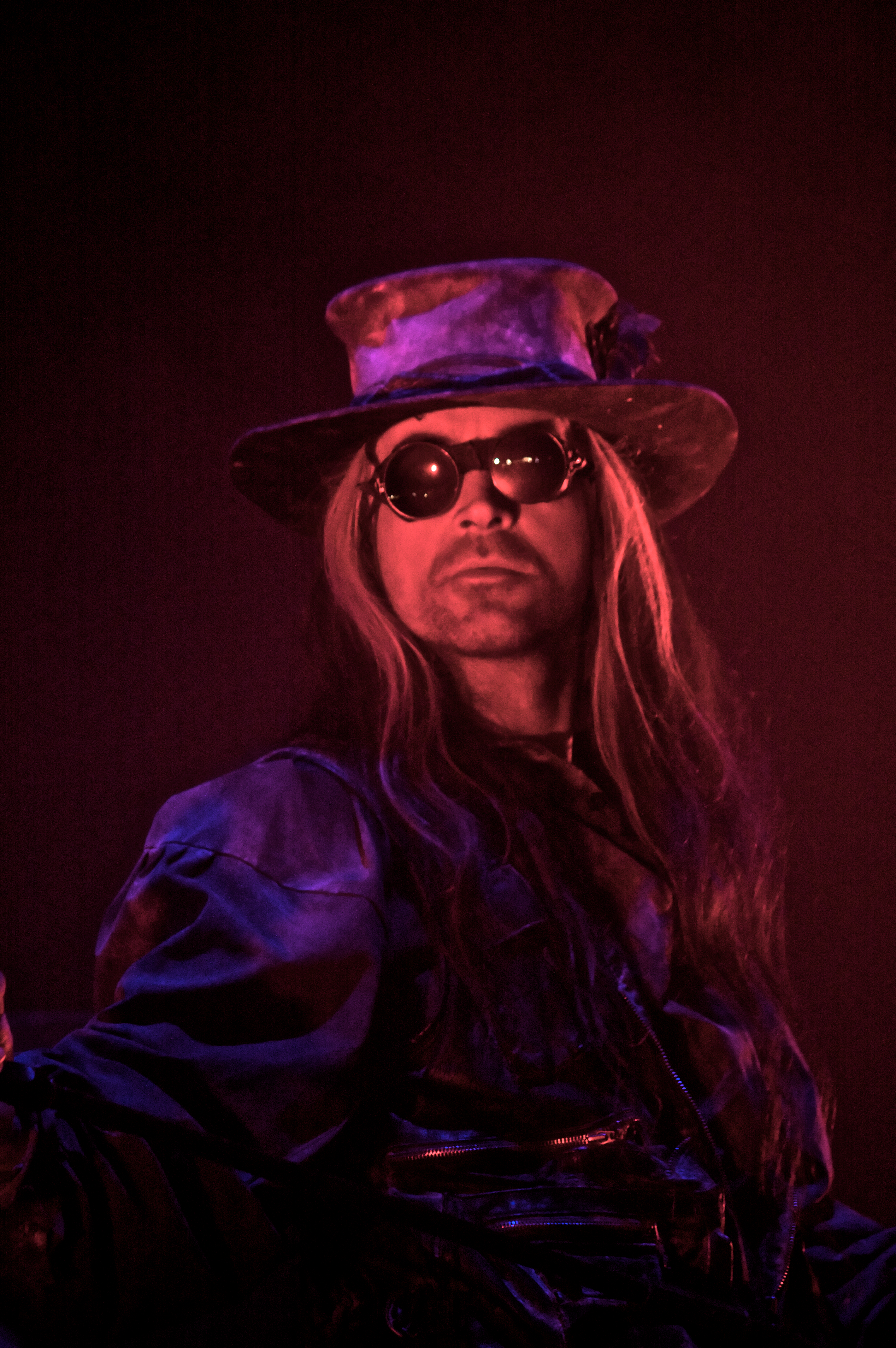 Fields of the Nephilim is a band formed in , in 1984. The original line-up consisted of vocalist , saxophonist Gary Whisker, Tony Pettitt on bass, guitarist Paul Wright and drummer Andrew "Nod" Wright. Following the release of the debut EP "Burning the Fields", Whisker left the band to be replaced by Peter Yates as second guitarist. The band's name refers to (magnetic) fields and a biblical race of giants or Angel/Human hybrids, known as the . Although they never received substantial mainstream success, the band's seminal sound proved highly influential, especially on the genres of goth rock and gothic metal.

Fields of the Nephilim's initial sound incorporated elements of and , and comprised a bass and driven sound underpinned by McCoy's growled vocals. Lyrically, the band incorporated themes, referencing The Cthulhu Mythos, , and .

The band had a "dust and death" image, associated with characters from Sergio Leone's "s" and often wore cowboy clothes with a weather-beaten look during photo shoots. Their debut EP, "Burning the Fields", was released in 1985 by (an imprint of ). The band "upgraded" to in 1986 to release "Power" and "Preacher Man", and their first album, "". The next release "Blue Water" was the first Fields of the Nephilim single to reach the UK charts (#75). It was followed by "Moonchild", lead single from the second LP "" which reached number 28 in the UK charts.

"Psychonaut" was released in May 1989 and peaked at number 35; this ten minute track indicated a slight shift for the band toward a more experimental and intense sound. This single/EP was a candle-bearer for the polished and highly produced "" (1990) album. Produced by ex-Pink Floyd producer Andy Jackson (taking over from previous band producer Bill Buchanan), the album was preceded by the single "For Her Light", which clipped the British Top 40 in its first week of release. A remixed version of "Sumerland (Dreamed)" released in November 1990 peaked at number 37.

In 1991, the band played their final gigs, a two-day 'Festival of Fire' in London. The final releases of this era are the live cd "Earth Inferno" and video "", followed by the compilation "Revelations".

Frontman Carl McCoy left the band in 1991 after paying the rest of the band's members for the rights to the Nephilim name. The remaining members, together with singer , formed Rubicon. The band released two albums before disbanding, "What Starts, Ends" in 1992 and "Room 101" in 1995.

Meanwhile, Carl McCoy found a new group called with guitarist , drummer and bassist . The band played some gigs in 1993, showcasing some of their new material. According to McCoy, the release of their debut album, "", was held back for several years due to their problems with the record label. "Zoon" was eventually released in 1996, featuring a distinctly heavier sound than McCoy's previous works. The Nefilim was rumored to embark on a tour to promote "Zoon", but this never happened.

Both bands had disputes with Beggars Banquet over back royalties and the perception that they were little more than means for the original Nephilim members to play out their contracts with the label.

On 1998, Carl McCoy and Tony Pettitt held a press conference at the Zillo Festival in Germany, announcing their future plans to collaborate under two separate monikers, Fields of the Nephilim (along with the Wright brothers) and The Nephilim (an altered spelling of McCoy's solo project). [ [http://sumerland.devin.com/articles/zillo-press-conference.shtml Sumerland: Press: Zillo Press Conference ] ]

In May 2000, McCoy and Pettitt released "One More Nightmare (Trees Come Down)", the first Fields of the Nephilim single under their new label . It contained newly worked versions of "Trees Come Down" and "Darkcell", both originally released on the "Burning the Fields" EP in 1984. Following the single release, Fields of the Nephilim (now rounded up by former Nefilim members Simon Rippin and Paul Miles) played their first live shows in nine years, appearing at Woodstage, Eurorock, Roskilde and Mera Luna music festivals.

The following year, Pettitt was hired as a session player for NFD, as his relationship with McCoy is again seemingly at a standstill. Two new Nephilim demo tracks were leaked to the Internet, allegedly by McCoy himself. The tracks are titled "Dead to the World - The Way That We Were - Thirst" and "Sensorium / Subsanity".

In 2002, Jungle Records and Metropolis Records released the first Fields of the Nephilim studio album since Elizium, dubbed "Fallen". McCoy publicly disassociated himself from the album, claiming that the record labels had acted without his direct consent when he failed to deliver contractually obligated completed recordings.

Fifteen years after "Elizium", Carl McCoy released "", his fourth full-length studio album under the name Fields of the Nephilim. The album was released in Europe on , 2005, with the North American release in April, 2006. The album may be seen as a synthesis of the melodic goth rock of "Elizium" and the aggressive death metal of "Zoon". It had seven original songs, with a cover version of "In the Year 2525" - from - included as a bonus track on the first 25,000 copies only.

In 2006, some European venues announced a tour was to take place, although this was never officially confirmed by the band. Although a large number of tickets were sold for various dates, none of the gigs occurred. The band took pains to emphasize that they had at no time confirmed these dates with promoters or venues, and reiterated to fans that nobody should buy tickets for such events until they had heard official announcements through the band's website that such live performances were to go ahead.

On May 24th 2007, McCoy introduced an all-new live lineup of Fields of the Nephilim, playing a show at the . The night marked the first live performance of several "Mourning Sun" tracks, as well as the band's first UK show since the Festival of Fire appearances in 1991. According to the band's rarely updated website, the event was filmed by the band's erstwhile promo video director Richard Stanley.

In 2001, Nod and Paul Wright formed a new band, , and have released two full-length albums to date, "Guided by Light" and "The Many Forms." When Carl McCoy dismissed his bands "Zoon"-era lineup, Cian Houchin went on to form , while Paul Miles and Simon Rippin formed Sensorium, naming it after an unreleased Nefilim demo track.

Pettitt is currently working with the band , along with former Sensorium members Peter "Bob" White and Simon Rippin. NFD released the full-length "No Love Lost" in 2005 and a second, "Dead Pool Rising," in 2006.

After a fifteen year hiatus from music, Peter Yates is currently working with rising star Evi Vine on their debut album.