Mihael Stroj was born the fifth of eight children to Anton Stroj and his wife Marija, née Kokal. He spent his childhood in Ljubno in Upper Carniola. In 1812, his mother died of exhaustion. Shortly thereafter, his father remarried, sold his property in Ljubno and moved to Ljubljana with his family. Mihael Stroj attended the Glavna vzorna šola, where he completed the fourth class in 1817 with very good grades. He then joined the so-called artists’ class, which he concluded in 1820 with distinction. He continued his schooling in Vienna, where he enrolled in the Academy of Fine Arts in 1821. The first of his works known to have survived, a sketch of a head and a self-portrait, date from this period. It is known that Stroj was still a student at the Academy of Fine Arts in 1825, but it is not known whether he concluded his studies there.

In 1830, Stroj spent time in Zagreb, where he offered his services to the nobility and bourgeoisie as a portraitist. Because of the numerous commissions that he received, he remained in Zagreb. He lived in Croatia (with intermittent stays in Slovenia) until 1842. In this period, he painted not only a large number of portraits, but also works with religious content, including altar pictures for churches in Vugrovec and Nova Rača.

In Croatia, Stroj was exposed to the ideas of Illyrism and associated with members of the Illyrian movement, including Stanko Vraz, Djuro Jelačić, the Ožegović family and others.

In 1841, Stroj married Margareta Berghaus, which whom he had five daughters. The following year, he returned to Ljubljana, where he continued to paint portraits of important members of the local bourgeoisie, although he also received further commissions from Croatia. He died in his house in Ljubljana after suffering multiple heart attacks. 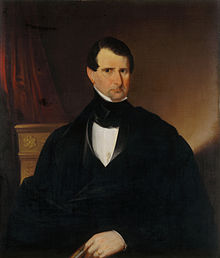 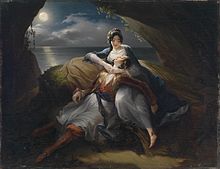 Angelica and Medoro (1833), a scene from the epic Orlando Furioso

Mihael Stroj was one of the most prominent Slovenian painters of the 19th century. His art reflects the Classicism and the Romanticism of his day, but the influence of the Biedermeier style is also visible. Most of his works are oil paintings.

Portraits of rich members of the bourgeoisie in Ljubljana and in Zagreb made up the majority of his work, although he also painted religious motives, genre works and historical themes. Some of his paintings are listed below.