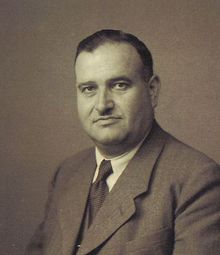 Michael Felke was the first of four children and came from a poor family background. He learned the job of a joiner in his father’s small carpenter's workshop in Laufersweiler (State of Rhineland-Palatinate). Michael Felke inherited his father’s carpenter's workshop in 1919 after Word War I. He then moved the workshop to Sohren in 1928 and started expanding - the beginning of the company Felke-Möbelwerke GmbH & Co.KG[1].

Due to his dedication he was known as an industrial pioneer in the Hunsrück region. He managed to boost the region’s industry and created many jobs.