The Mikoyan MiG-29K (Russian: Микоян МиГ-29K, NATO reporting name: Fulcrum-D[1]) is an all-weather carrier-based multirole fighter aircraft developed by the Mikoyan design bureau. The MiG-29K was developed in the late 1980s from MiG-29M.

Production MIG-29K differ from prototypes by features such as a multi-function radar and several new cockpit displays; the adoption of HOTAS (hands-on-throttle-and-stick) controls; the integration of RVV-AE air-to-air missiles, along with missiles for anti-ship and anti-radar operations; and several ground/strike precision-guided weapons.

MiG-29K was not ordered into production and only two prototypes were originally built as the Russian Navy preferred the Su-27K in early 1990s. The Mikoyan Design Bureau did not stop its work on the MiG-29K aircraft despite the lack of financing since 1992. The programme got a boost in the late 1990s to meet an Indian requirement for a ship-borne fighter following the purchase of a former Soviet aircraft carrier. It was first received by the Indian Navy in 2009.

The MiG-29K project was initiated in the late 1970s when the Soviet Navy developed a requirement for a supersonic carrier-based fighter. As a first step to meet this requirement, the Mikoyan design bureau designed a "proof of concept" version of the MiG-29 fitted with a stronger undercarriage and a reinforced tail section with an arrestor hook, the MiG-29KVP (Korotkii Vzlet i Posadka, or "short take off and landing").[3] The KVP first flew on 21 August 1982, and was subject to extensive trials which demonstrated it could safely operate from a ski-jump, but ideally a production aircraft needed more power and greater wing area.[4][5] It was decided to base the definitive naval version on the advanced MiG-29M (Product 9.15) that was already under development, further modified with new undercarriage and folding wings of greater area, with the new model designated the MiG-29K (Korabelniy – "ship based") or Project 9-31.[2][6] The MiG-29K differed considerably from the MiG-29 production model, featuring a new multi-function radar, dubbed Zhuk; a cockpit with monochrome display and use of the HOTAS (hands-on-throttle-and-stick) principle; the RVV-AE air-to-air active homing missiles; antiship and antiradar missiles; as well as air-to-ground precision-guided weapons. To protect the engine from FOD, the engine inlets were fitted with retractable grills instead of the system used by land-based MiG-29s.[7]

The MiG-29Ks first flight was performed on 23 July 1988 at Saky by test pilot Toktar Aubakirov.[8] On 1 November 1989, on the same day as the Sukhoi Su-27K,[N 1] Aubakirov executed the first carrier landing of MiG-29K on the aircraft-carrying cruiser Tbilisi (now known as Admiral Kuznetsov), the first take-off from the carrier's deck was successfully performed the same day.[10] During 1989–1991, the MiG-29K underwent further tests aboard the Admiral Kuznetsov. The project was put on hold with the collapse of the Soviet Union, while the Russian Navy only pursued the rival Su-33.[11][N 2] Mikoyan continued work on the MiG-29K despite the lack of funding.[15]

During its tests aboard the Admiral Kuznetsov aircraft-carrying cruiser, the aircraft had a springboard-assisted takeoff from strips 195 m and 95 m long. According to the results of the tests, the landing accuracy proved to be very high, which made it possible at a later stage to switch over to a three-cable arrester system on the Admiral Gorshkov. The landing accuracy is additionally enhanced through the employment of an autothrottle system. The takeoff characteristics allow for most flights to be possible under tropical conditions at a ship speed of 10 knots.[15]

The MiG-29K program was revived in response to the decision of the Indian Navy to acquire the former Soviet Navy aircraft carrier Admiral Gorshkov in 2004.[16] When Admiral Gorshkov was part of the Soviet fleet, it was a hybrid carrier/cruiser using vertical take-off (V/STOL) aircraft; thus the deck was refurbished with a take-off ramp and arrestor wires for operating MiG-29Ks.[7] The ship's combat group is likely to include 12 MiG-29K fighters. The aircraft has an enlarged and folding wing, an arrestor hook and a corrosion-protected reinforced fuselage.[17]

One factor favouring the MiG-29K over the Su-33 in the Indian decision was the larger size of the Su-33, which further limited the number of aircraft numbers on deck.[18] Modifications were made to the MiG-29K for Indian requirements, including the Zhuk-ME radar, RD-33MK engine, a combat payload up to 5,500 kg, 13 hardpoints, and updated 4-channel digital fly-by-wire flight control system. It is compatible with the full range of weapons carried by the MiG-29M and MiG-29SMT.[19] The MiG-29KUB made its maiden flight at the Zhukovsky test centre on 22 January 2007.[20]

The problem of lack of aircraft-carrier based AWACS platform may be tackled by further development of dual-seat MiG-29KUB. It is theoretically possible to outfit the MiG-29KUB with powerful radar, and encrypted data links, to permit networking of multiple MiG-29KUB aircraft for AEW coverage. The MiG-29KUB may also be enhanced in areas such as electronic warfare and long-range interdiction.[citation needed]

The MiG-29K was drastically modified from the Mikoyan MiG-29M for naval operations. The airframe and undercarriage were reinforced to withstand the stress experienced upon landing. Folding wings, an arrestor hook, and catapult attachments were added for carrier operations; the aircraft's undercarriage was also widened. The MiG-29K, unlike the early MiG-29, can both conduct aerial refueling and "buddy" refuel other aircraft.[7]

Internal fuel was increased from 3,340 kg to 4,560 kg, to give a combat radius of 850 km (531 mi). The range can be increased to 3,000 kilometers with 3 underwing fuel drop tanks. The maximum weight of the aircraft grew from 19.5 to 22.4 t, to allow for increased payloads.[26] The MiG-29KUB two-seat fighter, intended for pilot training, can also conduct combat missions identical to the single-seat fighter.[1]

The Zhuk-ME is a development of the N010 Zhuk radar, introducing functions such as terrain mapping and following. The radar, weighing 220 kilograms (490 lb), features improved signal processing and a detection range of up to 120 km vs a 5 m2 RCS target for the export variant. In the air targeting mode, up to 10 targets can be tracked and 4 targets engaged simontaneously.[27] In air to surface mode the radar can detect a tank from up to 25 kilometres (16 mi) away and a bridge from 120 kilometres (75 mi) away, a naval destroyer could be detected up to 300 kilometres (190 mi) away, while up to two surface targets can be tracked at once. The radar has a scanning area of +/- 85 degrees in azimuth and +56/-40 in elevation.[27]

The Zhuk-AE radar was developed with modular approach, enabling upgrade of existing Zhuk ME radars deployed in MiG-29 platforms into the active electronic scanned array (AESA) Zhuk-AE standard. India is already operating the BAR phased array radar on its Su-30MKI and has specified AESA as a critical element of the MRCA platform.[28] The Mig-29K can be outfitted with an IRST system integrated with both optical and laser systems.[1] It can provide targeting solutions for ground and air targets at up to 15 km, with all-round 360 degree coverage. The IRST can also provide detailed trajectories of missiles at closer ranges.

A MiG-29K and its armaments at MAKS Airshow.The folded wings maximise the limited space available on an aircraft carrier.

MiG-29K has a GSh-30-1 30 mm cannon in the port wing root. It has provisions for laser-guided and electro-optical bombs, as well as air-to-surface missiles like Kh-25ML/25MP, Kh-29T, Kh-31G/31A, Kh-35U, and rockets. Kh-31P passive radar seeker missiles are used as anti-radiation missiles. Kh-35, Kh-31A antiship missiles are for anti-ship roles; for aerial combat air-to-air missile like RVV-AE, R-27ER/ET and R-73E are fitted. The aircraft is also adaptable to various foreign weapons.[26] In September 2011, India's Comptroller and Auditor-General criticised the Indian Navy's introduction of the MiG-29K, noting the aircraft's armaments were not contracted for despite aircraft deliveries having started over a year before, and this has adversely affected aircraft operations.[29]

The MiG-29K has a combination of low-observable technology, advanced electronic-warfare capabilities, reduced ballistic vulnerability, and standoff weapons to enhance the fighter's survivability.[19] According to Mikoyan, extensive use of radar-absorbent materials reduce the MiG-29K's radar signature 4–5 times over the basic MiG-29.[19] The RD-33MK turbofan engine was also engineered to reduce infrared and optical visibility.[23][24]

The Russian Navy had a fleet of 19 carrier-based fighters Su-33, a resource which will expire by 2015. Production of new Su-33s is possible but not cost-effective for small volumes. The MiG-29K is more convenient, as the Indian Navy had already ordered the aircraft, saving on development and production set-up. India paid $730 million for the development and delivery of 16 fighters, while 24 planes for Russia's fleet would cost about $1 billion.[30] In 2009, prior to delivery to India, MiG-29Ks underwent testing on board the Admiral Kuznetsov.[31][32] In September 2011, it was announced that the MiG-29K was to conduct its first at-sea deployment on board Admiral Kuznetsov in the Mediterranean.[33]

The Russian Navy ordered 24 MiG-29Ks for carrier use in late 2009 for the Admiral Kuznetsov.[34] Deliveries of the MiG-29K for the Russian Navy started in 2010.[35][36] Negotiations between MiG and the Russian Defense Ministry for further MiG-29K/KUB aircraft were in "the final stages" as of August 2011, according to MiG deputy head Sergei Korotkov.[37] 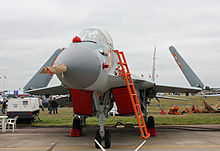 In 2004, India ordered 12 MiG-29K single-seat and 4 MiG-29KUB two-seat fighters.[7] The MiG-29K is to provide both airborne fleet air defense and surface attack capabilities. Deliveries began in December 2009.[38][39] In January 2010, India and Russia signed a US$1.2 billion worth deal for the Indian Navy to receive an additional 29 MiG-29Ks.[40] The MiG-29K entered operational service with India in February 2010.[38] Further deliveries of a 5 MiG-29Ks and a flight simulator took place in May 2011, further deliveries are to continue through 2012.[41] The fighters will be based at an air field in Goa on India's west coast until the Admiral Gorshkov joins the navy under the name of INS Vikramaditya in early 2013. The Vikramaditya is expected to carry up to 24 MiG-29K/KUB fighters. The future indigenous aircraft carrier Vikrant, currently being built by India, also is likely to carry these aircraft.[41]

On 25 June 2011, an Indian MiG-29KUB crashed during testing in Russia, prior to delivery, killing its two pilots.[42] In light of this, further MiG-29K orders by India were frozen; the Indian Defense Ministry commented that the crash cast a shadow on the credibility of the aircraft.[43] Russia has announced pilot error to have caused the crash, and there was no need to ground the aircraft.[44] In August 2011, MiG's General Director Sergei Korotkov announced that the final 5 out of the 16 aircraft contracted in 2004 would be delivered by the end of the year; and that deliveries of a second batch of 29 MiG-29Ks would begin in 2012.[45] 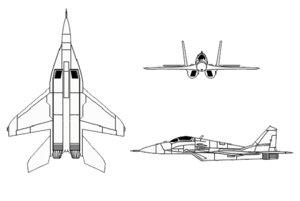 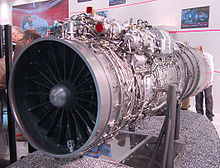