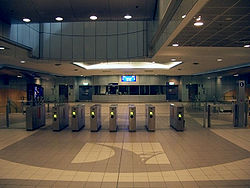 The Sydney automated fare collection system (AFC) is the name given to three interoperable automated ticketing systems for buses, trains and government-run ferries in and around Sydney, Australia.

The system was introduced between 1988 and 1993. It was developed by AES Prodata (now ERG Transit Systems), and is based on cardboard or plastic magnetic stripe card tickets featuring a magnetic stripe and printed journey information. 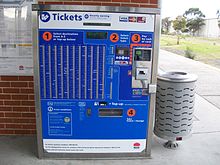 Magnetic tickets were first used in Sydney on the Eastern Suburbs Railway line, from 1979. Integrated bus-rail tickets were also available for this line. An automated multi-ride ticket system called MetroTen, based on optical mark recognition rather than magnetic stripe technology, was used on Sydney's government buses from 1987 until 1992. In general, however, Sydney commuters used paper tickets specific to the mode of transport on which they were purchased until the early 1990s.

Automated fare collection system tickets were introduced on ferry services provided by State Transit between 1988 and 1989, replacing a system of token coins and turnstiles. State Transit installed ticket vending machines and ticket barriers at Circular Quay and Manly, the main wharves in its network. The operation of the ferries ticketing system was the focus of a corruption inquiry in 1999.

On 31 August 1992, State Transit introduced automated fare collection to its Sydney and Newcastle bus networks as the State Transit automated ticketing system, or STATS. STATS replaced a limited multi-ride ticketing system called MetroTen, which was easily and frequently defrauded by passengers. Of the "el cheapo Metroten ticketing system that the former Labor Government installed", then transport minister Bruce Baird told Parliament that "Many people know that rorting has gone on" and "The system is outdated and has outlived its usefulness."

The change was heralded by the installation of two green ticket validators in each of State Transit's 1600 buses.

Tackling fare evasion was also at the heart of automated ticketing on the rail network. Baird told Parliament that under the Wran and Unsworth governments, "between 10 and 20 per cent" were checked and that this had risen to "between 50 per cent and 60 per cent" since the Greiner government took office. "With automatic fare collection," Baird told Parliament, "85 per cent of all tickets will be checked regularly. It is estimated that somewhere in the range of $20 million to $30 million each year will be collected by way of revenue that should have been paid for travel on State Rail."

CityRail's adoption of automated ticketing was more fraught, occurring late and over budget. Officials blamed the size of the rail system. While the State Transit equipped two stops—Circular Quay and Manly—with ticket vending machines, CityRail was required to outfit almost 300 stations with them. The government was forced to allay fears that automated ticketing would mean that more stations would have staffing withdrawn once vending machines were in place.

Automatic ticketing, including vending machines and ticket barriers, was introduced to the CityRail network over 12 months between July 1992 and July 1993, at a cost of some $90 million. Baird estimated that reduced fare evasion would net "in the range of $20 million to $30 million each year".

It was planned that the system be progressively replaced with a smartcard-based system called Tcard, which was to incorporate more transit operators however after issues involving the roll-out of the system to the public both ERG and the Public Transport Ticketing Corporation cancelled their contract and are now seeking legal action against each other.

Tickets under the old system 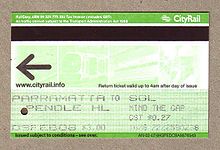 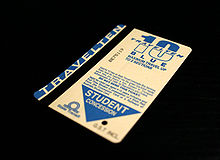 Single bus tickets purchased on board the bus are printed on thermal paper and do not carry a magnetic stripe.

Tickets under the new system

Private bus services were included in the ticketing system for the first time. This means that the same tickets can be used on all bus services regardless of operator. However, private bus services did not become part of the Automated Fare Collection System – drivers must manually validate tickets. From 27 June 2011 some tickets are valid on the privately operated Metro Light Rail. Tickets recognised on the light rail are all MyMulti tickets and the non-MyZone Pensioner Excursion Ticket and Family Funday Sunday.[1] Like private buses, the light rail does not use the Automated Fare Collection System.

MyMulti tickets are available in either weekly, quarterly or yearly unlimited travel periods:

Fares are calculated on the distance between the origin and destination stations using the following bands: