Shi'a Islam constitutes between 30% to 40% of Lebanon's population. Most of its adherents live in the northern and western area of the Beqaa Valley, southern Lebanon and Beirut's southern suburbs. The great majority of Shi'a Muslims in Lebanon are Twelvers, with a hundreds-large community of Ismailis.

Recent genetic testing has shown that nearly 40% of Lebanese Shi'a belong to the Y-DNA haplogroup J2. The J2 haplogroup is found at its highest frequency in the Fertile Crescent and Mediterranean regions, and has been considered the Y-haplogroup most characteristic of the Phoenicians.[1] Lebanese Shi'a are said to have been among the original inhabitants of the Kesrewan region in the Mount Lebanon District, and it is also known that many Shi'a Lebanese come from Christian and Pagan origins. They were converted at the hand of Abu Dharr al-Ghifari. Abu Dharr was the prophet's companion; he was known for his strict piety and his opposition to the caliph Uthman ibn Affan for his mishandling of power and wealth as a caliph. He was exiled by Uthman to Sham (modern day Syria and Lebanon), so that he would be under the eyes of Muawiya. That is when he converted the people of Lebanon to the Shi'a Muslim faith in the early 7th century AD. Later a Shi'a emirate was established in Keserwan. The growth of Shi'a Islam in Lebanon stopped around the late thirteenth century, and subsequently Shi'i communities decreased in size. This development may be traced to 1291, when the Sunni Mamluks sent numerous military expeditions to subdue the Shi'is of Kesrawan, a mountain region overlooking the coastal area north of Beirut. The first two Mamluk expeditions, sanctioned by the blood-thirsty jurist Ibn Taymiyyah, were defeated by the Shi'a in Keserwan. The third expedition, on the other hand, was overwhelmingly large and was able to defeat the Shi'a in Keserwan; many were brutally slaughtered, some fled through the mountains to northern Beqaa while others fled moving through the Beqaa plain, to a new safe haven in Jezzine. Keserwan began to lose its Shi'i character under the Assaf Sunni Turkomans whom the Mamluks appointed as overlords of the area in 1306. The process intensified around 1545 when the Maronites started migrating to Keserwan and Jbeil, encouraged by the Assafs, who sought to use them as a counterweight to the Shi'i Himada sheikhs who reemerged in Kesrewan. When in 1605 the Druze emir Fakhr al-Din Ma'n II took over Kesrewan, he entrusted its management to the Khazin Maronite family. The Khazins gradually colonized Kesrewan, purchasing Shi'i lands and founding churches and monasteries. They emerged as the predominant authority in the region at the expense of the Shi'i Hamedeh clan. By the end of the eighteenth century, the Khazins owned Kesrewan and only a few Shi'i villages survived. During the time of the Ottoman Empire the Shi'as suffered religious persecution and were often forced to flee their homes in search of refuge in the South. One example is the Lebanese city of Tripoli, which had formerly had a Shi'a Muslim majority. Many Lebanese Shi'a are rumored to have concealed their religious sect and acted as Sunni Muslims in fear of persecution. It is also rumored[by whom?] that some of the Shi'a permanently adopted the Sunni Muslim sect. The Ottomans and Druze were well allied and a Druze family seized power of Tripoli. Maronites who were persecuted by the Ottoman's and the Druze, sought refuge amongst the newly relocated Shi'a population in the South. Jezzine, once famously known as a Shi'a capital in Lebanon, is now known as a major Christian city in the South. The Shi'is withdrew further south and eventually had to abandon even Jezzine, which until the mid-eighteenth century had functioned as a center of Shi'i learning in Lebanon.[2]

Although the Jabal 'Amil enjoyed a degree of autonomy in the eighteenth century, this ended with the Ottoman appointment of Ahmad al-Jazzar as governor of Sidon province (1775–1804). Jazzar crushed the military power of the Shi'i clan leaders and burned the libraries of the religious scholars using the Druze tribes established in the Shouf, mainly the strong Nakad family, allied to the Maan. He established a centralized administration in the Shi'i areas and brought their revenues and cash crops under his domain. By the late eighteenth century, the Shi'is of the Jabal 'Amil lost their independent spirit and adopted an attitude of political defeat. Al-Jezzar was nicknamed "the butcher" and a big population of the Shi'a were killed under his rule in Lebanon.

During most of the Ottoman period, the Shi'a largely maintained themselves as 'a state apart', although they found common ground with their fellow Lebanese, the Maronites; this may have been due to the persecutions both sects faced. They maintained contact with the Safavid dynasty, which they help establish the Shi'a Islam as the state religion of Persia. These contacts further angered the Ottoman Sultan, who had already viewed them as religious heretics. The Sultan was frequently at war with the Persians, as well as being, in the role of Caliph, the leader of the majority Sunni community. Shi'a Lebanon, when not subject to political repression, was generally neglected, sinking further and further into the economic background.

The Shi'i ulama of South Lebanon became famous not because of their activities in Ottoman Lebanon, but because of the role they played in spreading Shi'ism in Iran following the establishment of the Safavid state in 1501.

Towards the end of the eighteenth century the Comte de Volmy was to describe the Shi'a as a distinct society.[citation needed] The Sunni had attempted to resist the French mandate; and when they were defeated, refused to participate in the administration of what they considered to be an artificial political entity. Sunni opposition had aimed at the creation of a 'greater Syria', where the Shi'a would have been a permanent minority. Some Shi'a fought on the side of the French against the Druze and Sunni Muslims. In the new state of Lebanon they acquired both an independence and a far greater political significance in relation to the size of their community. This was further emphasized by French colonial policy, which sought to reach out to the Shi'a, with the intention of preventing a possible alliance with the Sunni.[citation needed]

After independence in 1943, although the Shi'a remained part of Lebanon's delicate confessional and political balancing act, their homelands were still economically among the most backward areas. Many of them gravitated towards the slums of Beirut. In 1959 the Shi'a acquired a more determined and unique voice, when Musa al-Sadr arrived from Qom to take up the position of Mufti. In 1967 he established a Supreme Islamic Shi'a Council, regulating the affairs of the community, and giving it as high a profile in the state as the corporate bodies set up by the Maronite, Sunni and Druze. People who had been carried along by left-wing and secular currents were slowly drawn back into a reinvigorated Islam[citation needed], many joining Amal, the militia founded by Sadr in 1974. The Amal movement was created to expel foreign forces from Lebanese land, solely the PLO at the time. During the late 1960s, the new home of the Shi'as in the South was to become home to Palestinian militants. The PLO set up a state within a state in South Lebanon and this angered the Shi'a community. Their fate had been sealed, once again living under an oppressor, the PLO wreaked havoc on the Shi'a of the South. The Shi'a feared an Israeli retaliation on the PLO because this meant they would have to pay the price for the actions of others. The PLO in Lebanon has been credited for destabilizing the country and causing religious tensions that led to the Lebanese civil war. For the people of the South their worst fear was realized when Israel invaded South Lebanon in 1978 in response to PLO rockets. Originally the Shi'a of Lebanon had welcomed the Israelis without hostility.[citation needed] The Israelis retaliated against the PLO severely and this resulted in a high number of Lebanese civilian casualties. Hostilities between the Shi'a of Lebanon and the PLO further deteriorated after this and the Shi'a created their own militia that aligned with the Christians against the PLO. The PLO did not stop in their rocket attacks against Israel nor did they stop terrorizing the Shi'a civilians of the South, Israel invaded Lebanon in 1982. This resulted in a 20 year occupation of South Lebanon that ended in 2000 when the Israelis retreated. Hezbollah was originally created by the Iranian Revolution Guards using the Israeli 1982 invasion of South Lebanon,to spread their dogma all over Lebanon, in 1985.[citation needed] The invasion and occupation was devastating for the Palestinians while the Shi'a of the South under Amal took upon themselves to cleasen the Palestinian Refugee Camps from the P.L.O. and other Palestinian Fidayeen. Thousands of Palestinain civilians were kidnapped to never be heard from again. This caused hostility against the Israelis. It is estimated that between June 6, 1982–January 1985 at least 30,000 Lebanese leftists and Palestinians civilians were killed.[citation needed] 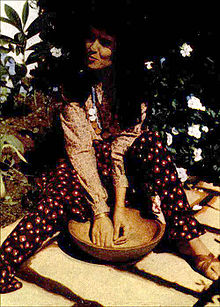 Mutawili or mutawalli is also the name of a trustee in Islamic waqf-system.

Metawali refers to the Shia Muslim community with a significant presence in North Lebanon (Kesrawan and Batroun) and in the south, in the Beqaa and the coastal towns south of Beirut.[3]

The jurisdiction of the Ottoman Empire was merely nominal in the Lebanon. Baalbek in the 18th century was really under the control of the Metawali.

Seven Metawali villages that were included within the boundaries of the British Mandate of Palestine were depopulated during the 1948 Arab-Israeli War and repopulated with Jews.[4] The seven villages are Qadas, Nabi Yusha, al-Malikiyya, Hunin, Tarbikha, Abil al-Qamh, and Saliha.[5]